We all know the iconic PC game, released 13 years ago – GTA San Andreas. Lots of us, including myself, grew up with that game and have lots of memories playing it. It is my personal all-time favourite game and I love the fact that three years ago, it had its mobile version released, which shows that the love of this game is eternal.

It’s been also recreated in an incredible way for iOS phones a year ago, having no difference from the original PC version. The cutscenes, missions, gameplay and everything is kept the same iconic way – you have to only get used to the controlling system, the rest is perfectly familiar. 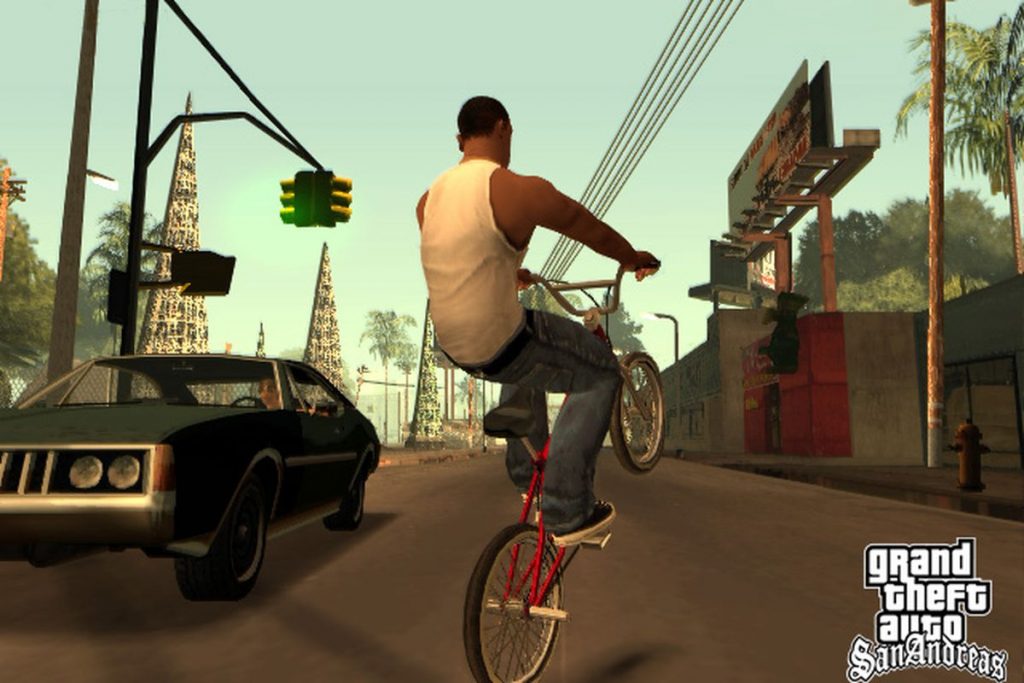 Right from the very start of the game, the nostalgia hits you hard. The intro made me shiver with the well-known arrival of CJ at the Los Santos airport. Then the scene in which officer Polasky and Tenpenny harass Carl Johnson and throw him out in the iconic alley with the bike on the right, where pretty much everything starts and you dive yourself in a memory box full of joy. Check out the following video, to see how it performs on an iPhone 7, in the following 4K video from XEETECHCARE’s YouTube public channel.

The gameplay is as I’ve said, the same as the original with nothing changed but the controlling system. The physics are perfectly recreated as well as the characters, missions and cutscenes. All of this combined in one makes the game one of the top-performing and most entertaining one both in Google Store and iTunes, since its available for all phones that have the system requirements to support it. The things that differ between iPhone and Galaxy phones (example) is the startup menu, which is only designed differently but overall works the same way as the other. 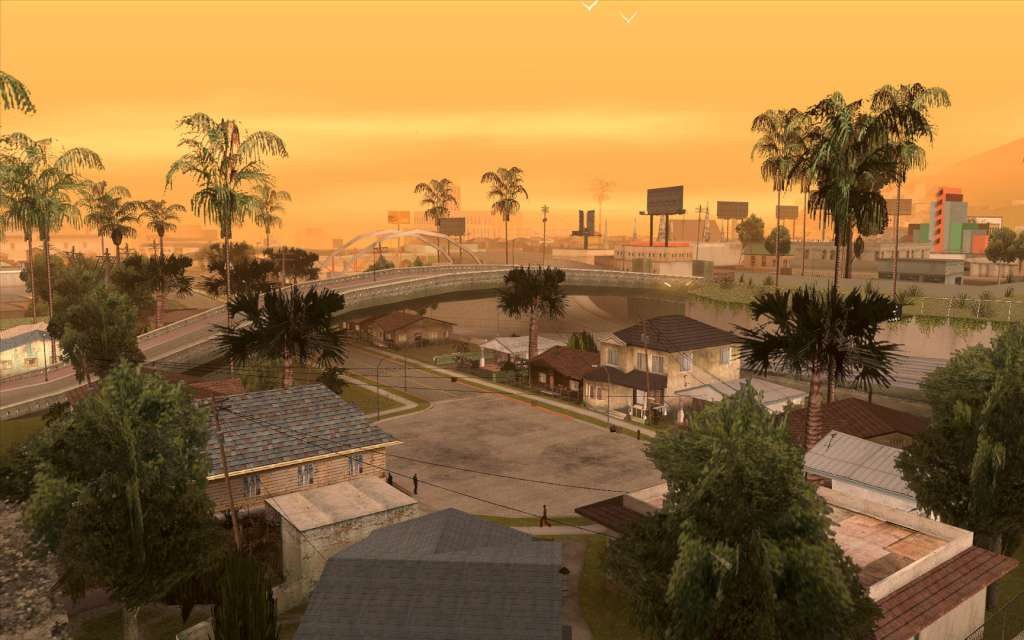 Graphics are beyond expectations as well, and as a kid growing up, I’ve never thought that I’d be able to carry this game around with me and play it whenever I want, directly from my phone! With this addition to my library, I could never find time to be bored, because I’d start it up directly, I just have to ensure that the battery level is high enough to support a gaming session. 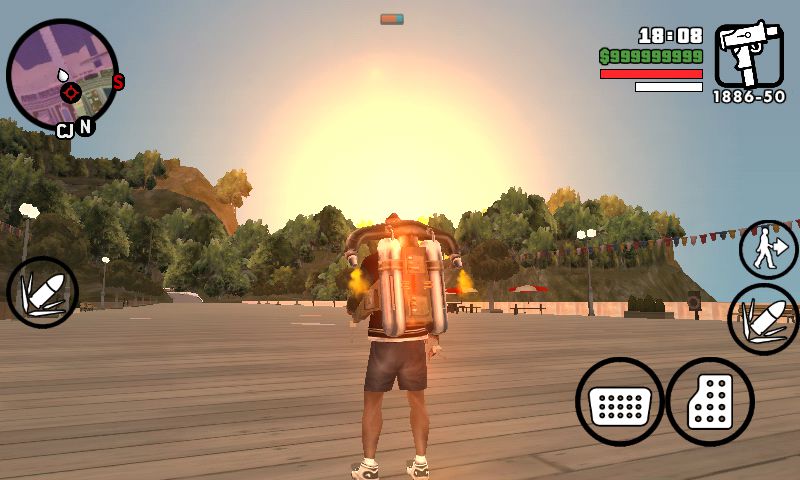 The controls may seem hard at first but since you’ve probably played it and know how the gameplay goes, you’ll quickly adapt to it and find yourself ready within a couple of hours. If you want to perform a movement, you do it by operating a joystick analog alike button, that appears on the lower left corner and if you’d like to perform action, you have to use the right HUD bar that has touchscreen buttons for running, fighting and when you are close to a vehicle, an action button for getting control of it appears when it’s at your sight range and disappear when you pass it by. To change your viewpoint while moving, you have to swipe the screen as if you’re looking a panoramic 360-degree photo but it’s actually a 3D open-world map. 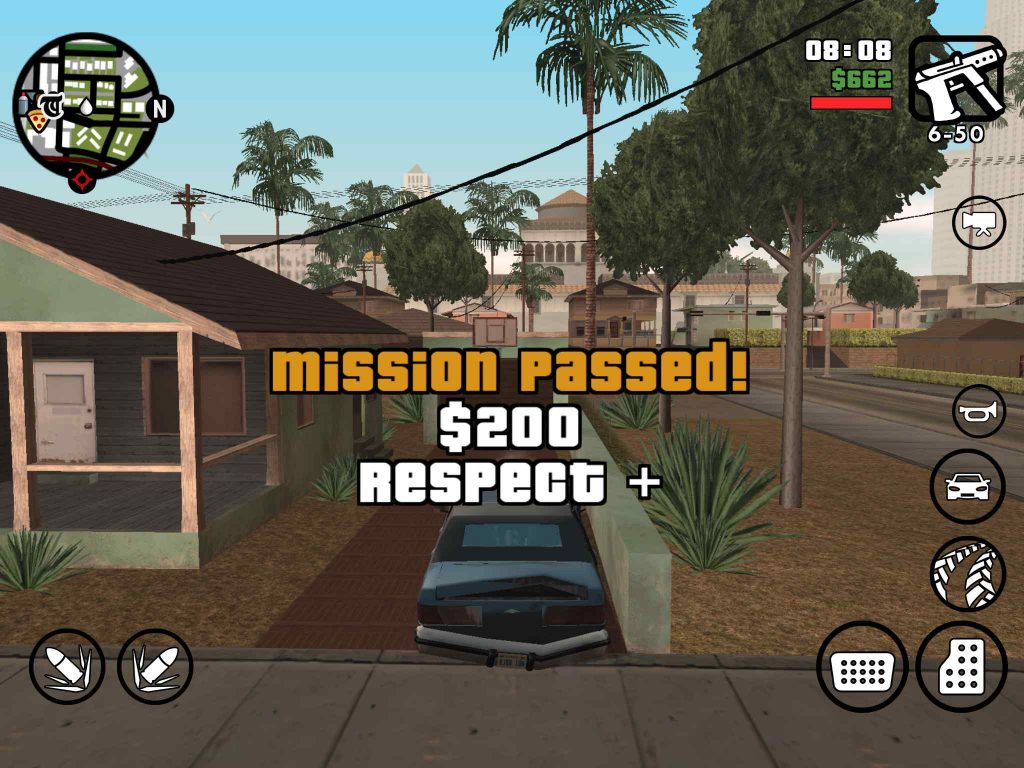 When you’re driving or operating any kind of other vehicles, some additional buttons show up on the right that let you perform different types of actions, just like the original GTA San Andreas. All these controls make the feeling even more as if it’s being played on a PlayStationPortable or a straight-up computer. To understand if your device supports this classic, you have to check out on your own at iTunes or Google Store. It is also available for Amazon Kindle devices – Kindle Fire HD 7, Kindle Fire HD 8.9, Kindle Fire HDX 7, Kindle Fire HDX 8.9, Kindle Fire TV, Fire Phone.

It costs $6 at the online shops and is 2.5GB big, so you have to ensure that you’ll have the needed space before the purchase. I highly recommend it to the fans of GTA series and bet that it’ll appeal to all of you, with no excuses. I love seeing games like this getting their revival and the fact that they still have fans worldwide, who don’t game only because of the graphics, but for the storyline and memories! Special thanks to  XEETECHCARE for the great review, and peace and love to Rockstar Games for the greatest game ever created, that still lives with us.