Having a powerful laptop means that most of the times you’ll end up with models that are a bit heavy because of all the components inside and the body used to protect them. People choose laptops over desktop computers because they are compact and easy to carry around, so if you happen to move a lot and use your laptop on-the-go, then a lightweight laptop is what you should get for yourself. In most cases, light laptops come with decreased specs, so what happens if you’d like to have the lightest and productive laptop all in one?

Below, along with Dave Lee, we’ll discuss two of the super lightest laptops, coming with quad-core processors, so they’ll be able to back your work wherever you decide to do it. They are extremely lightweight and thin at the same time, which makes the combination of lightness and power possible for real. They also come at a very reasonable price, that you don’t want to miss if you are willing to go for such type of laptop. The 13″ is currently on sale, going around for $800, while the 15″ version is

The model that’ll be discussed further is the LG Gram, coming at the size of 13″ and 15″. It is a great laptop, that is times lighter than the average models going around. There are models that are built for the same purpose like Razor Blade Stealth, HP Envy, Lenovo X1, but none of them is as light as the LG Gram.

The total estimated weight of the 13″ version is 0.94kg and the size is 307mm x 210mm x 15mm, which makes it incredibly easy to put in a backpack or in a case and take it wherever you want to. The slightly bigger version, which is 15″, comes at the total weight of 1.09kg and size of 358mm x 228mm x 15mm. Most 15-inch models feel bulky and I can’t think of a super light version that’s close to this one.

When getting such a light and thin laptop, you’d better get a protective bag to carry it around, as it will need less pressure applied to get it broken, which is not the thing you want. It is, of course, a risk that comes with every thin model on the market. The build quality of this model feels and looks great. It has a sleek metal alloy body, that combines advanced nano carbon with magnesium to create a lightweight yet durable housing for the computer. The thin bezel on the sides adds not only to the clean and beautiful looks, but to the viewing angles and overall performance by the great IPS screen. Another good thing about the laptop is the backlit keyboard that gives the user a smooth and nice feel and enables you to manually select the brightness of the light underneath, so you’ll see where your fingertips land easily in darkness. 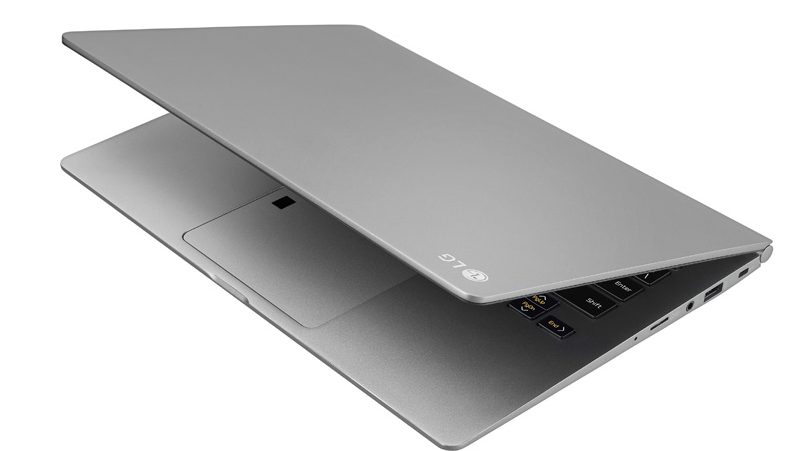 Screen performance is one of the best features of the whole laptop, making sure that the one who’s using it will quickly fall in love with the model. It is a great looking Full HD IPS LCD screen with wide view-angles and 1920 x 1080 ppi resolution. You have to go through small manual adjusting so that you can optimize it to the fullest. It’s extremely capable of producing bright and accurate colors. All of the technology, combined with the thin bezel frame, makes the result great and just by first looking at the LG Gram you’ll quickly fall in love. The display is covered by a protective surface, so it’s good for long-time sessions. 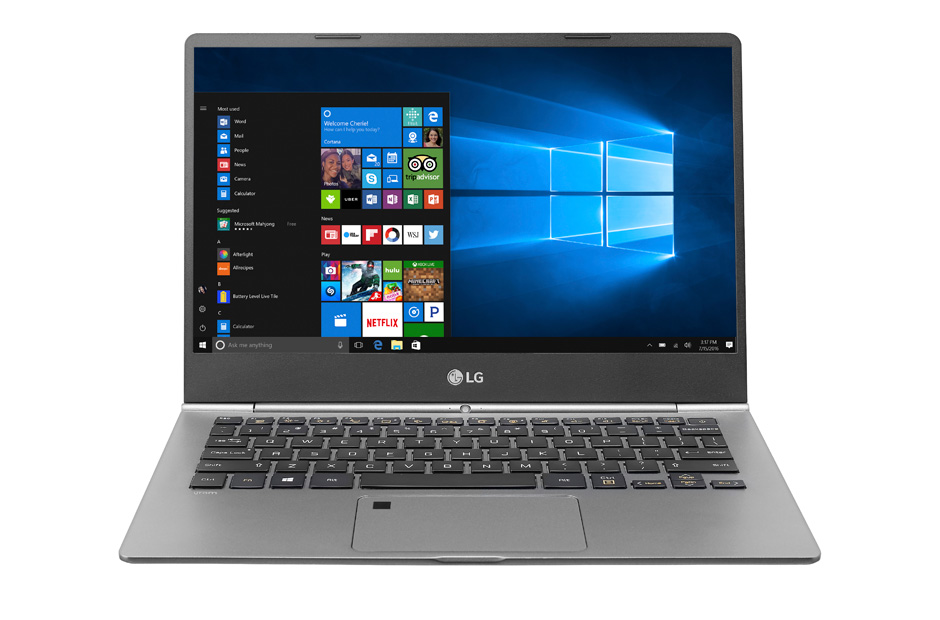 The performance on this model is great with the 7th-gen Intel i7 quad-core processor, that’s clocked up at 1.80GHz and is turbo boostable up to 4.0GHz.It comes with 256GB internal storage capacity and 8GB of DDR4 RAM which would do everything you want during the 7-8 hours of battery life. The 256 gigabytes may seem not that much, but you could either upgrade it or use a memory card/external drive. It smoothly operates on Windows 10 and even has next-level protection, with that fingerprint sensor next to the beautiful touchpad. The 15″ version, apart from size, is not much different to the 13-inch one, so when choosing between both, consider size as the main defining aspect. 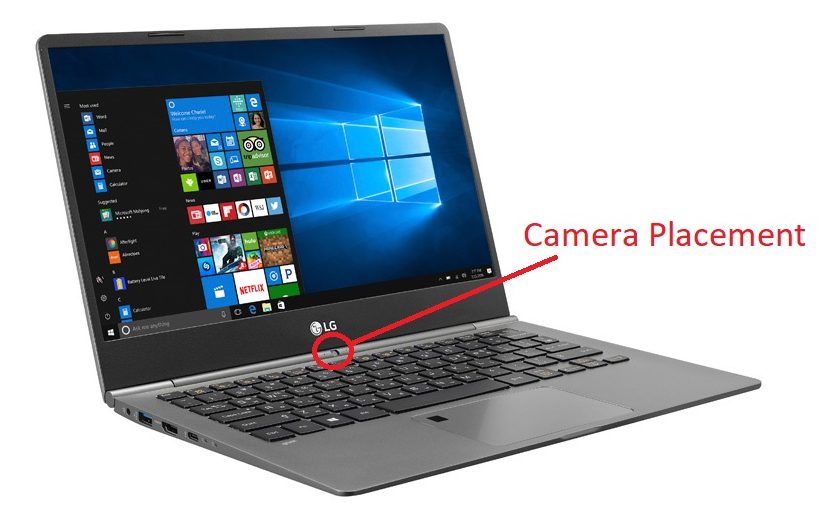 Overall, the computer feels and performs great, but the thing that concerns me most is that the camera is placed on the lower lid, under the display, which means that if you are in a video chat, the one who you’re talking to will see your brain through your nose if you’re watching from above. I hate it when cameras are placed there because you’ll have to put the laptop higher, so you can adjust the angle. The internal storage could’ve been upgraded as well, but it is an easy problem to fix. What is hard to fix though is the audio system offered, which is really mediocre and could’ve been slightly better.