Since Apple decided to change the old App Store logo, the act was found unpleasant by a Chinese clothing company called Kon.When Apple changed the old App Store logo, which consisted of a pencil, a ruler and a paintbrush in the shape of an ‘A’, to a simple format that’s just three overlapping lines in the shape of an ‘A,’ Kon claims the company violated Chinese copyright law since their company already has the rights to a very similar design.

Both logos surely look the same and I actually feel frustrated. They are completely identical, excluding the color scheme, and I think that the Chinese company has the right to protest. For a big company like Apple, it even sounds funny that they couldn’t come up with anything creative and different for this and judging by the final result I also think that they took something that does not belong to them. Just compare the two logos for yourself and you’ll get my point. 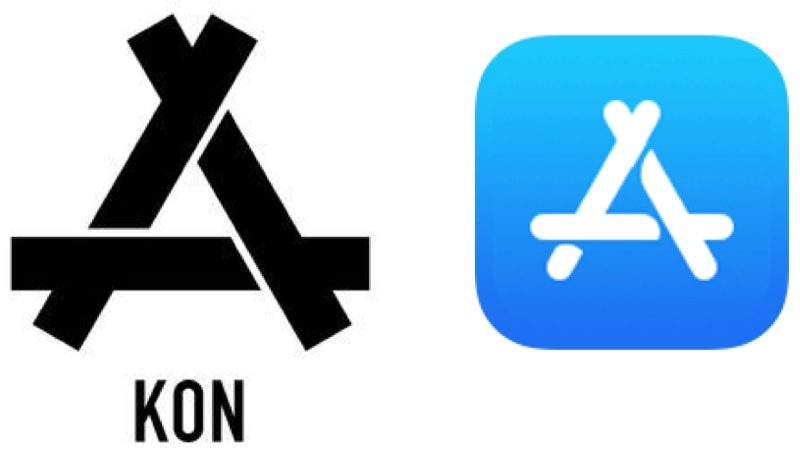 No, that’s not a “Find the difference” challenge – those are the two logos used by Kon and Apple. Don’t they look identical to you as well? Yeah, the design is simple – just three sticks overlapping each other and there’s a slight chance that it’s just a coincidence. If it was more complex design then we would’ve all been sure that they stole it, but these are just three lines… what more can you do with these lines that will differ from something else that’s been done with three lines? Good thing that they overlapped them and did not put them sideways because they would’ve been sued by Adidas then…

What Kon wants is an apology, compensation and for Apple to stop selling devices with the new App Store logo, which sounds pretty fair to me. The Beijing People’s Court has accepted the case and is expected to rule on it in the next couple of weeks. Hopefully, they win the case against Apple because I don’t agree with the “coincidence” theory (which is possible), because that’s not the first time that Apple gets sued over stealing something that’s not theirs (apart from your data). Back in 2010, there was a case with a company called Xintong Tiandi Technology, which produced leather bags and Apple just stole them, put the “iPhone handcrafted” typing on it and started selling cases, bags, satchels and etc. For a company this big, such acts are funny and I bet that they can be more creative than that.