Home
Blog
A Smartphone That Can Work As Projector – Movi !

Considering that a bigger percentage of all video viewing now happens on mobile devices, it’s fairly accurate to say that smartphones are already many people’s go-to entertainment device. But there are certainly times when watching a long video or TV show/series on a pocket-sized screen isn’t too comfortable… 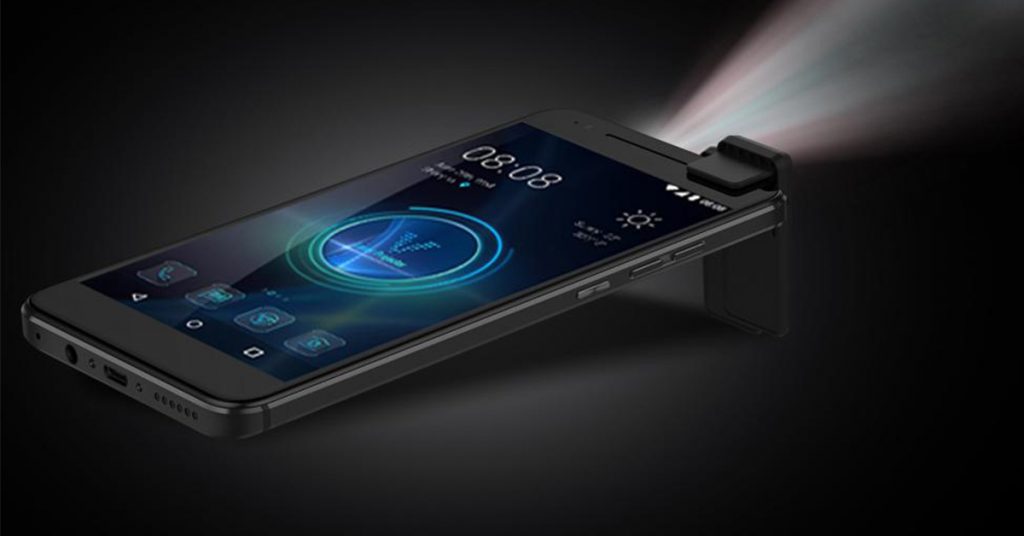 That’s where a device like Movi comes in: It’s an Android-based smartphone, with a built-in projector that can project 720p images up to 200 inches in size diagonally on any wall that you decide to turn into a theater. It’s available now for $599 and caused a big hype among smartphone enthusiasts ever since the release, and it is clearly understandable why!

The idea isn’t actually that kind of new — companies like Motorola sell smartphones that can connect to projector accessories, but those are often found to be a bit expensive by users. The Insta-Share Projector Moto Mod, which is designed to fit on certain phones in Motorola’s Moto Z line, costs $300 itself, without the whole device. When you add that to the cost of the phone, which can range between $400 and $720 depending on the model, you can end up paying between $700 and around $1,000 for a phone with the similar idea behind the creation. From that perspective, the Movi looks like a bargain. 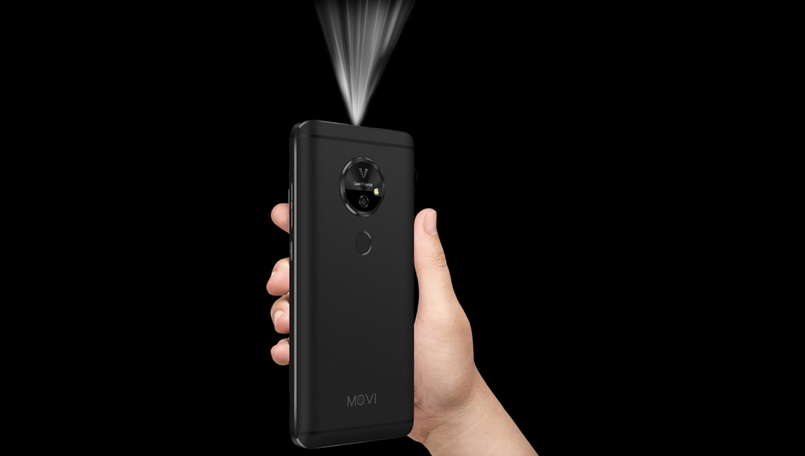 What is interesting, however, is that the Movi’s integrated projector doesn’t add much extra bulk and the device feels almost like any other mid-range Android phone. There’s a powerful 4,000 mAh battery inside the phone, which should last for about four hours when the projector is turned on – most movies are about 2 hours long and if you decide to go for a longer session, all you have to do is to find a spot to project on that has an electric outlet on it. The projected image automatically switches to landscape mode whenever the phone’s screen does, so you don’t have to switch the phone’s orientation every time. Turning on the projector is as simple as launching an app, which is as convenient as it sounds. 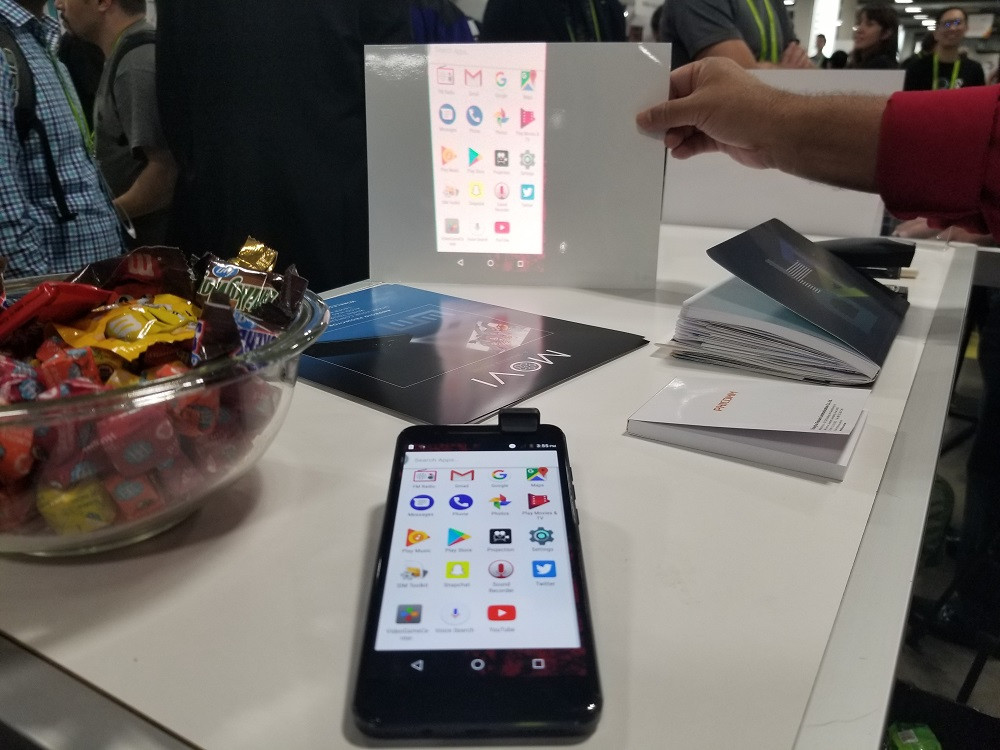 It was difficult to get a sense of exactly how sharp and crisp the picture quality was during its demonstration at CES 2018 since it’s meant to work best in dim conditions. But even when projecting on a small surface in the crowded and brightly lit showroom, the Movi’s picture quality certainly looked decent enough. I’d love to have the chance to project an NBA game after a hard working day, so I’d definitely cop one as soon as it is available in my country.

The Movi’s relatively low price comes with a handful of downgrades in terms of the specs department. The Movi phone’s 5.5-inch FHD screen isn’t as sharp and vibrant as the high-tech OLED screens on premium smartphones like the Samsung Galaxy S8 or Apple iPhone X. And while the phone does have a 13-megapixel camera and 8-megapixel front camera — which on paper sound comparable to high-end phones — it doesn’t have dual camera capabilities like the latest and greatest devices (that means you shouldn’t expect to capture portrait-style shots that make the subject look sharp against the background.) There’s also a fingerprint sensor for unlocking your phone without typing in a passcode and all those mentioned things sound pretty fair to be considering the low price tag and the incredible unseen in other phones feature!