Until now I have shown you products of all kinds, from budget ones to the most ridiculous or cool gadgets. I never actually showcased anything like what I am going to do now… from all skins for the iPhone X I have to say that this one is the most beautiful that I have ever seen! Nothing can compare to it in terms of design and nothing can attract the sight better than this Apple set.

Have you ever thought how cool it would look like if you combine the iPhone X and the Apple Watch 3 series into a set, with some nice and premium feeling theme for both? I have actually thought about it but never came across a set made by Apple, so now I will make it a bit interesting for you!

What is so cool about this set?

Correct me if I am wrong, but nothing feels more premium and good-looking than combining white with gold colors… almost anything that is considered as the highest priced product is in this scheme. This is what brought up the idea for a jewelry company to create the ultimate Apple premium set. 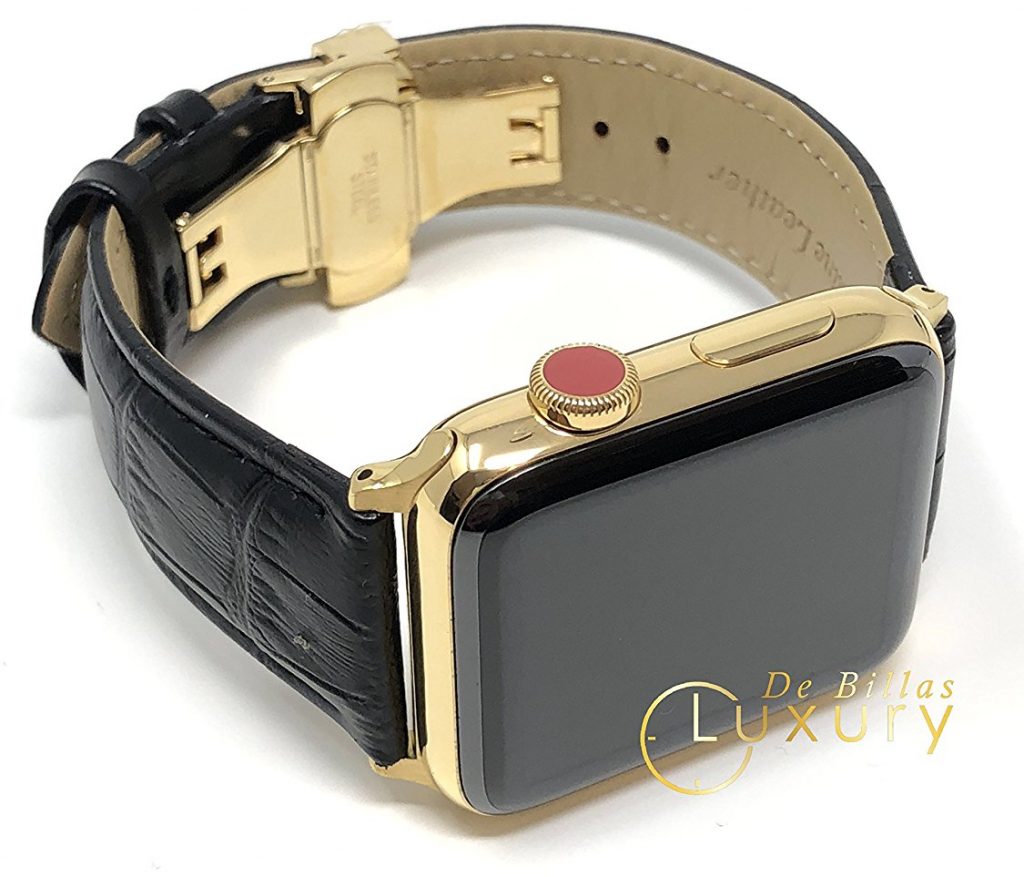 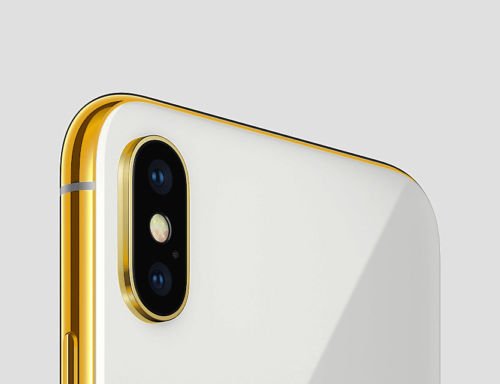 De Billas is the company that produces the 24 karats iPhone X and Apple watch. The iPhone seems that have started as a white one, so its back has been kept the same way, while the sides and other small details have been gold plated. This, combined with the black screen, makes the phone look awesome… 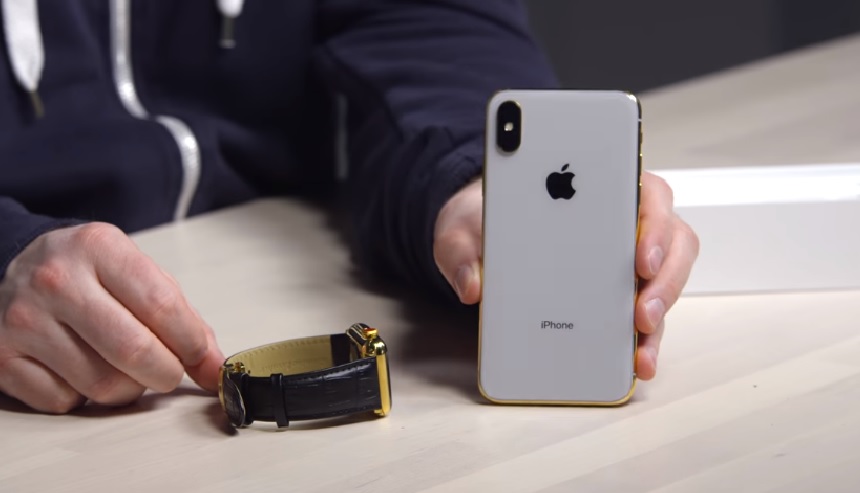 In addition to the iPhone, the watch has a black leather wristband, black screen with gold-plated sides and all the rest of the details, including the locking system, have been covered with gold as well. There is less than no chance that you don’t attract any attention when you pass around someone, holding the phone in your hand. 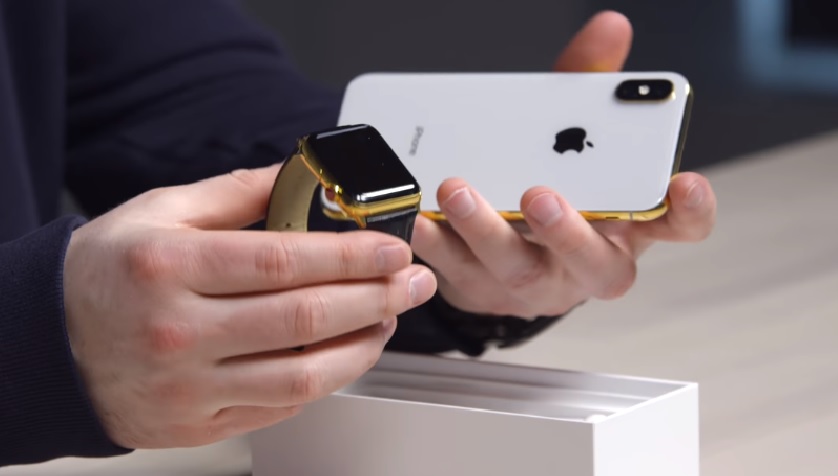 Of course, it would be the Apple company that would get such skin and coverage, as a bigger percent of the people that have money tend to choose the products made by them, especially businessman and millionaires. I think that it is a good tactic to aim at them because rich people love such products, and I see why. Now you might think that it is a crazy idea, but I think that if you had all the money it takes to live more than 5 lives with, then you would get such a set for yourself as well!

How expensive are they and is it worth it?

As you would expect, the products are the last ones on the budget-friendly list. The 256GB iPhone X is worth around $2000 and you can click here if you would like to find out ads about it on Amazon. If you are interested in the Apple Watch 3, then click here to find more about it as well, but bare in mind that it sells for $1300.

When it comes to whether it is worth it or not, I actually already shed light on my opinion above. If you do have a lot of money to afford it, then it is worth it because you will get something that could not be seen every day and it will surely make you feel special in some way. Rich people love the rich-feeling stuff and this set is surely one of them!

However, if you are willing to save up just to get this particular iPhone, then you should not do it. Getting an iPhone for twice the amount is not proper money-spending for people who might have some other aspects in their life to consider. If you can’t afford it, then go for an alternative!