Fortnite is currently one of the best multiplayer game on the market and I myself know more than 10 friends who are spending hours a day playing it. I bet that you also have friends, who are keen on Fortnite, and if you are such a fan yourself, then you would surely like what you will see now!

Lewis from UnboxTherapy made a video a few weeks ago on a PC that he build for $20,000 and the very same video went viral. This has brought him to the idea of building the ULTIMATE Fortnite gaming set… I bet that you haven’t seen such a crazy think lately.

The set features the $20,000 gaming computer that he made from some crazy parts, two big and incredibly powerful projectors that display 245″ image on a giant, white wall, surround speaker system, PS4 like controller for PC, and of course – Fortnite.

There’s little than no chance that a dedicated gamer does not fall for this ultra gaming set, and I wish it to all of you – one day to be able to build such for yourself. If you currently have the resource to work out such a project, then If I were you, I would definitely go for the goal!

Yes, I did not write the fourth zero wrong three times, the PC really costs this much and it features some things that I, most probably you as well, have never seen until now. To start off with, it has 2 x 6TB “Black RAID” HDD’s, 128GB of GDDR4 RAM storage, 2 x ASUS ROG STRIX GeForce GTX 1080 TI OC Edition GPU’s,  Intel Core i9-7980XE CPU (4.6GHz max.), and ASUS ROG Rampage VI Extreme Motherboard, all of which has been stored into an incredibly good Phanteks Enthoo Elite PC case…

The combination of this all sounds crazy, but yes, it is real and it is crazy! Not just spec-wise, but visually with the custom watercooling system it looks more than amazing. I have not seen such a stacked up machine lately, and it has the top-end components inside for sure. If you have heard of a gaming set that’s crazier than this, please drop a comment with a link in the comment section below! 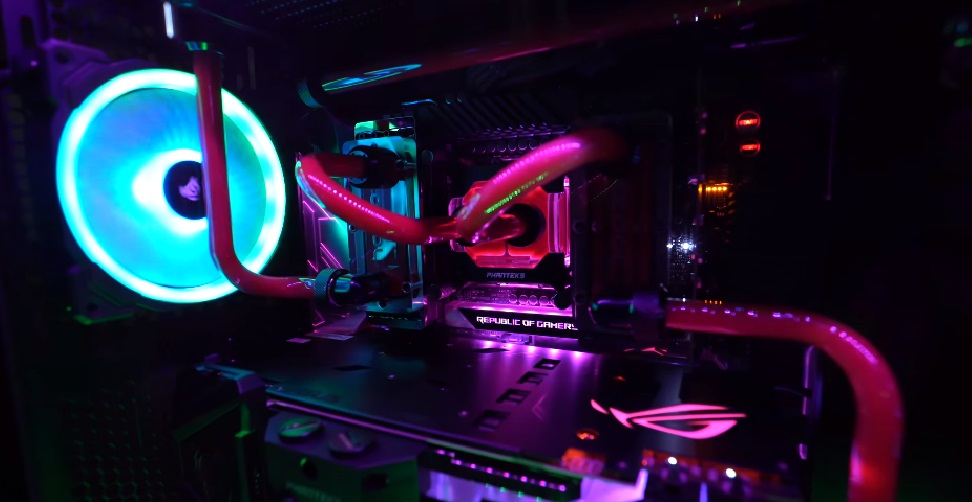 I am not sure whether Lewis is renting the PC or they handed it as a gift to him, but he’s surely a lucky guy with the PC he has. The way he came up with the ultimate Fortnite set is really interesting and I admire how crazy and creative the whole crew from UnboxTherapy is! 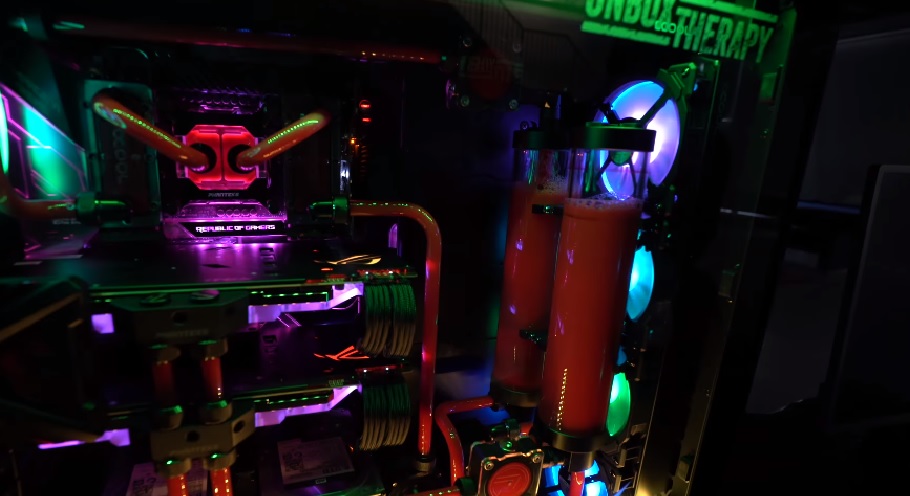 Of course, when building a set like this crazy beast, an important aspect is the display and how are you about to present the whole picture. They have decided to use a blank wall, big enough to display a 245″ picture at 8K quality with the help of two giant projectors. One of each projector costs $1,400, which makes a total of ~$3000 for just the beast set from Optoma. 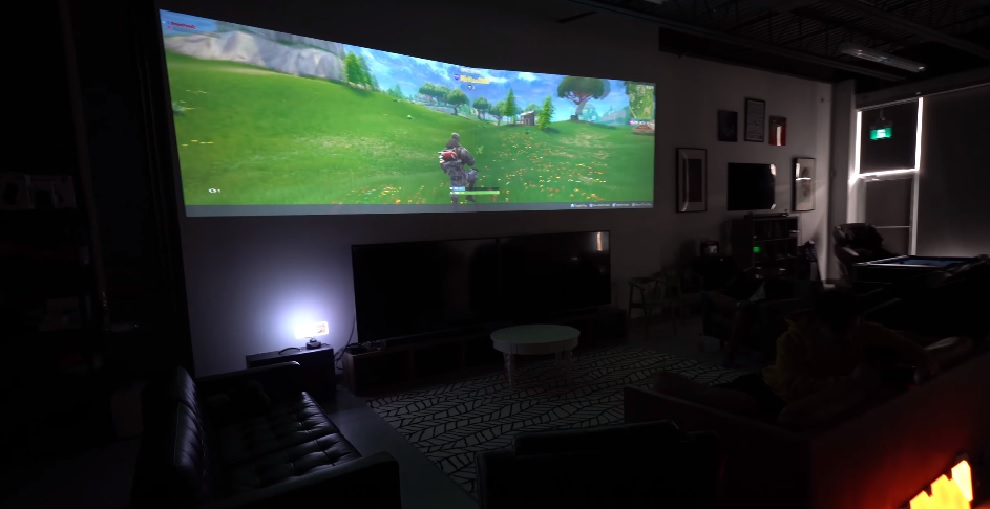 If you are interested in the device you can find it on Amazon as the Optoma UHD60 4K Ultra HD projector. The picture it is capable of imaging is 4K UHD 3840×2160, with 2160p resolution and 3000 bright lumens. The color gamut it has is incredible and the white contrast that the wall makes is adding to the overall production of colors, making them more vivid and vibrant.

Adding two of those beasts next to each other and playing Fortnite on it sounds like the gamer’s paradise… I would love to have the chance of playing this game or NBA 2k18 on this awesome set, or FIFA 18. The hardest thing may be to find a space big enough for this whole set, so if you are getting stopped by problems with finding the right place to do this, then do it in a smaller scale with not that powerful projectors and of course, you are not obliged to spend 20K on a PC. Just do it your way, according to the resources! 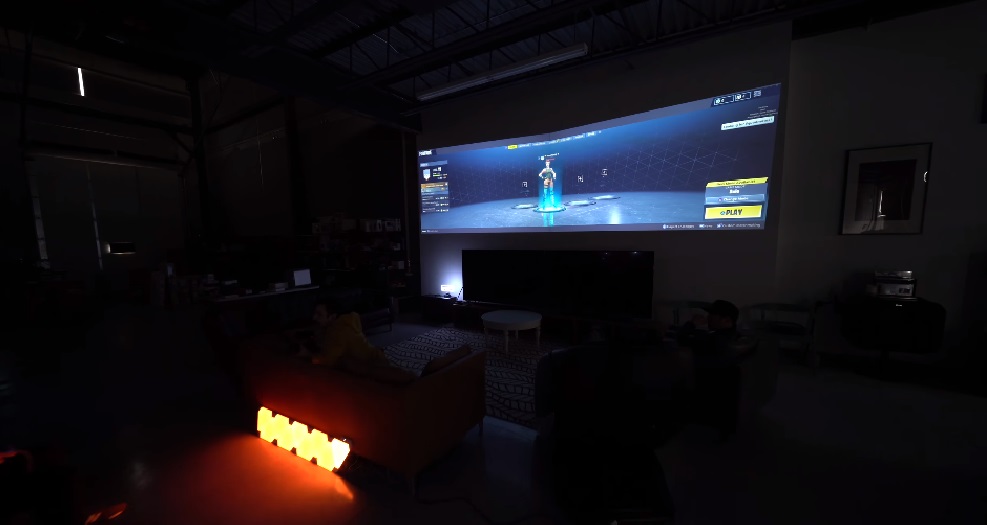 Back to the projectors in the video, it is important to mention that the UHD60 model uses HDR10 image tech., which has the capability of showing everything in the REC2020 color category, therefore enabling pitch & rich blacks, whites, and color-matching abilities. Combining it with the UltraDetail technology means that you will have fine adjustments to image clarity/sharpness, bringing you picture at top-notch level!

Correct me if I am wrong, but to me, it seems that Lewis is using the PS4 controller on the monstrous PC, or he’s using a look-alike. For me, he is using exactly the PS4 controller with slight visual modifications on the thumbsticks. I decided to point it out in case it happens that it this information is new to you. If you are playing on PC and PS4 with two different controllers, then it is the moment to realize that your whole life was a life. 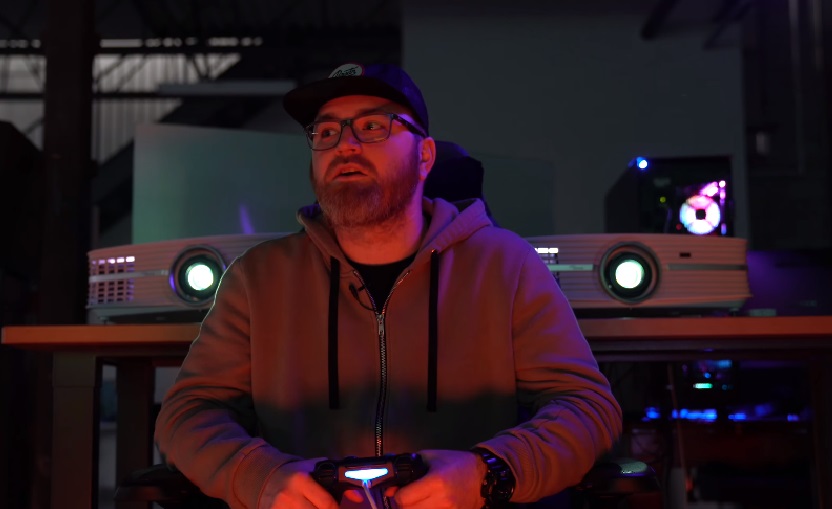 It has been years ago when there was no chance to connect your Sony PlayStation to your PC and make it work, but as it is the 21st century, we are privileged to connect our PS4 controllers directly to our personal computers. All you have to do is plug it in, and install the needed drivers if you have not already done it.

Installing the drivers is really easy. Depending on your OS, in some cases as soon as you plug in the peripheral device, the system starts searching for the needed drivers itself. If you have disabled this feature, then you can use the Windows Wizard to find your drivers, or just look them up manually on the internet and install them – it is easy. 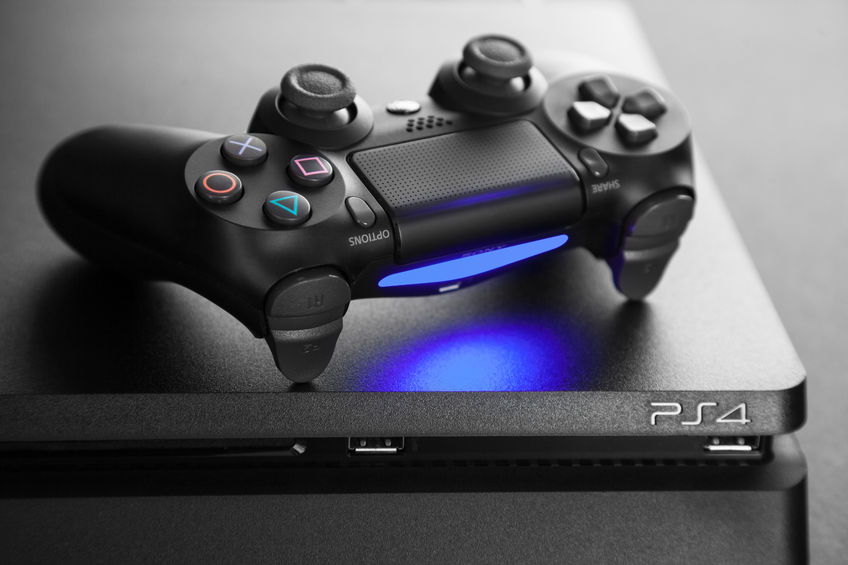 I am not %100 sure that he’s using the same controller, so correct me if I am wrong. It looks identical to the PS4 controller, but just has a blue rubber coating on the thumbsticks and maybe is a customized version of the joystick.

Watching this video brings me somehow nostalgic feelings. When I was a kid and I was playing games, I was sticking my face as close to the screen as possible and all of them seemed 4K to me actually. I have always wanted such a thing to play games on for days and days with my friends, so this video is making me both nostalgic and envy of him.

If I have the chance of playing a game on this set I am not sure that I will choose Fortnite, not that it is not a good game, but I just love 1 v 1 games. Playing with someone else head to head always seemed more interesting to me. Referring back to the good old days, we used to play 1 v 1 rounds to see who’s the best of all 10 of us but did it in a friend’s house, instead of online.

This is why I’d definitely go with NBA 2k18 and FIFA 18 as a back-up. Both games have insane graphics and on this set they will rock the boat! What about you? Which game would you go with, if you had the chance of playing on this set for a week? Leave a comment below on your game, as well as whether you’ve seen a crazier set than this. If you did, share it with us! 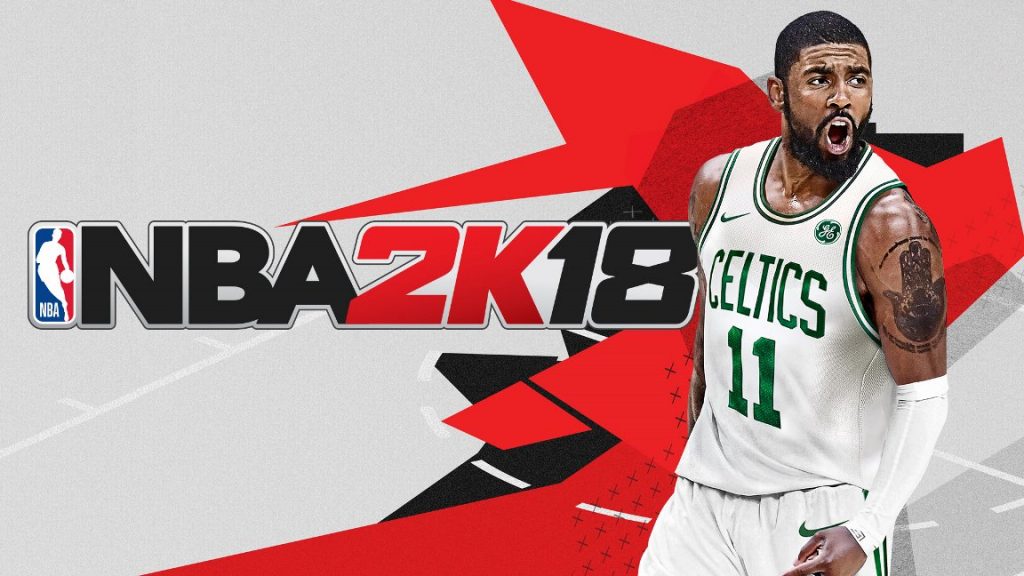 This is why I’d definitely go with NBA 2k18 and FIFA 18 as a back-up. Both games have insane graphics and on this set they will rock the boat! What about you? Which game would you go with, if you had the chance of playing on this set for a week? Leave a comment below on your game, as well as whether you’ve seen a crazier set than this. If you did, share it with us!

and their video for Fortnite on an INSANE $20,000 Gaming PC