I suppose that none of us would consider a controller with a hundred percent different concept, with keys that are seen for the first time. and a whole different design as a normal joystick, right? Well, if you do not think that it is weird to see such a controller, then you will most probably not like the product that we’ll offer, because it is the weird part of it which makes you love it!

The controller that I’m about to talk is a bit heavy and is aiming at arcade games, but it will surely work pretty fine with other genres as well. It goes by the name of “Mixbox” and is actually the second generation, which has been slightly changed in a good way, and had the flaws of the first generation fixed, so it should offer you one of the best gaming experiences ever!

As I have mentioned above, it is a bit heavy when you compare it to other controllers, but it is really solid and stable. It has been designed to work best for arcade games and it has the “W, A, S, D” type of buttons on the left side of the platform, and on the right part are the arcade buttons, that you should use for different combos.

I personally see such type of a control system for the first time and I honestly like it a lot! I think that the “W, A, S, D” buttons should’ve been on the right one, while the others were on the left side because it would’ve been better for right-handers, but it is just me, not that big of a deal.

What is more important is that it has been build in a solid way that would last you a long time. There are 4 buttons for movement, 8 arcade buttons, and 4 additional buttons on the front that work for the settings, menu and etc. The box that the controller has been put in is in white with a big “MixBox” logo on the left side and a glass-like panel on the top that adds not only to the design but to the overall protection of the product.

The company states that it was ergonomically built, but I think that they could’ve done better as the controller weights 2.5kg. but at least it was made to be durable. It has a body that has been built out of metal and the buttons have a rubber covering for anti-slipping and good traction, which is essential when it comes to making combos! 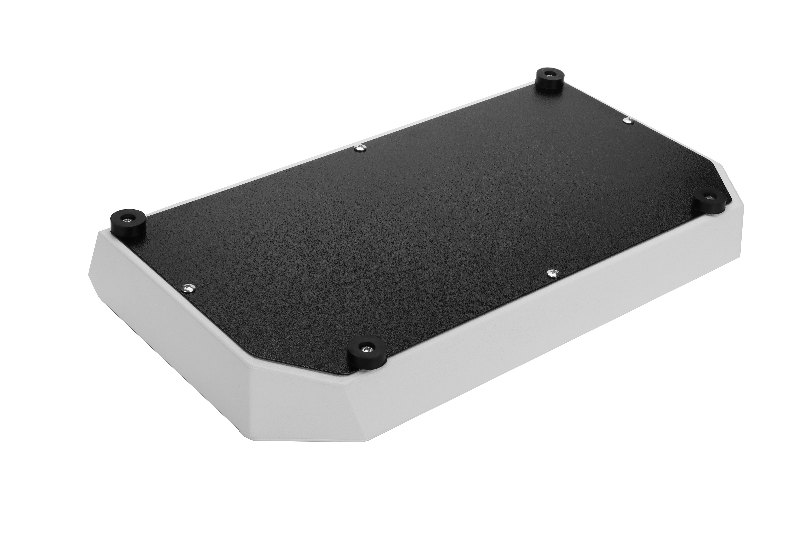 Is it worth for the price?

Well, to start with, the particular controller by Mixbox has been evaluated at the price of $250. Do you think that it is worth it to spend so much money on a controller? Are those $250 the best investment in your life and will it actually improve your gaming skills with those mappable 8 buttons?

If you ask me, I would give my solid “NO” answer to both questions. Not only isn’t it worth the $250, but it will not help with your overall performance at all. This does not mean that the controller is not good, it is definitely awesome, but the price is just too high for a PS4 controller… for that money, it should’ve been 24 karats covered.

The company says that it would work the best for people who are new to the console, gaming or are just shifting from PC gaming to PS4 gaming, as it has a similar concept to a PC keyboard. You should know that if you are doing combos that require a lot of movement, then you’d better get yourself an analog-stick controller because with this one you’ll find it hard to do a 360-degree dunk in NBA let’s say…