We are all familiar with the assistants that tend to help us with our daily lives. Companies say that they are doing their best to improve the skills of those assistants, in order to make them even more efficient, but for one reason or another, I do not believe those software. I do not say that they are meaningless, but there are many guessings that they are not in every home for the good cause only.

The Google Assistant is one of the best ones out there and in the last couple of years it improved a lot. Siri started it all, and now it is facing some serious competitors like Alexa and the one from Google. Just days ago, Google announced the new features of the assistant and surprised the crowd with some non-heard stuff. I have to say that it really impressed me, but I still do not know how to feel about it at all.

For sure they are putting a lot into developing this kind of software and it may be of great help to people as well as to the development of robots, which is already happening and in near future we’re expecting to see some pretty “artificially intelligent” machines.

Is it only me, or most of us do not feel comfortable talking around a device that’s listening to us all the time? I appreciate my personal space and It may sound paranoid, but the feeling that someone’s listening to your conversation all the time makes me want to skip some info while talking in my own home/fortress. However, it really can be really helpful and interesting and I will drop some info for those that want to know more about the new Google Assistant features below!

The New Voice Of Google Assistant

To get to the top of whatever you are doing in life, you have to be ready to do things that either no one ever did or, was afraid of, or no one thought about. What Google decided to do was both interesting and really innovative! For their new voice of the Assistant, they decided to go with John Legend, who is a famous singer known to most of not only the youth in USA, but people worldwide! 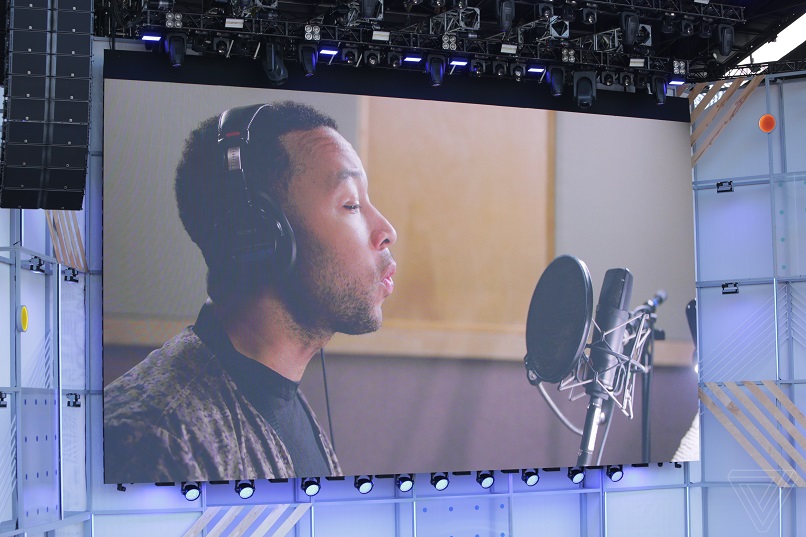 John has a great voice and will make the experience of using the Google helpful software even better! His tone is pleasing to listen to and will not sound like a robot, but will rather bring some life into this dull computer-made engine. I am not familiar whether any other assistant did this thing with a famous singer/actor or whatever, but I rather think that it is the first time that a celebrity is doing the voice-over for a software as a whole!

Human-like conversations with the Google Assistant

As another new and interesting feature, Google developed the way people interact with their artificial assistant. Now people will be able to lead more human-like conversations and even ask the software two things in the same sentence, and it will manage to answer them as close as possible. You can ask a question like “Which year was Michal Jordan born, and who won the NBA Finals & MVP in this year?”, and expect a true, clear and full answer!

Also, people will be able to use the assistant as a real secretary. In an example, in the presentation, Google showed a conversation between the Assistant and a barber shop, in which the Assistant booked an hour for a lady on its own and did it in the most human-like way! To some extent it was even creepy how well it managed to lead a conversation, to reply and to “think” of what to say…

With those features brought up to live, I can now see how near the future of robots is. All of those new things will quickly develop in time and I am sure that they will integrate it in a human-like machine and this search engine by Google will be the brain of the whole robotic operation. My feelings about those developments in technology are mixed, and I feel both good and bad about it, but only time will show what’s going to happen! For now it is only sure that Google Assistant is really mocking Apple and doing times better than it…