It is hard to create a sophisticated device without it having any flaws or mistakes. When it gets used by thousands or millions of people, at some point of time the device will happen to go through different situations and people will eventually look for the flaws or “hidden features” of it. In an example, the Nintendo Switch is a console that in the last year gained an incredible popularity and I don’t know how many manufacturers tried to come out with different ideas and upgrades for it.

This exposed the console to this “being under observation” process and lots of its so-called “flaws” were exposed. I don’t mean it exactly as flaws, but more like “easter eggs” because some of them are actually really helpful! Just because of the fact that there are many things interesting about the Nintendo Switch, I’ve decided to point out the 5 best secret things about it!

If you are not familiar with how exactly Joy-Cons work, then you should know that they are Bluetooth connected. Is there a chance to make that Bluetooth connection work with other devices, except the Nintendo Switch? Is it actually possible to do it?

After just a minute of work, you’ll realize that your last year was a lie. I bet that if all people knew that they could use this little and convenient controller for PC, they would have made a big use out of the fact! For now, it seems that Nintendo does not have a problem with this thing, so I hope that they don’t go ahead for a fix and keep it the same way. 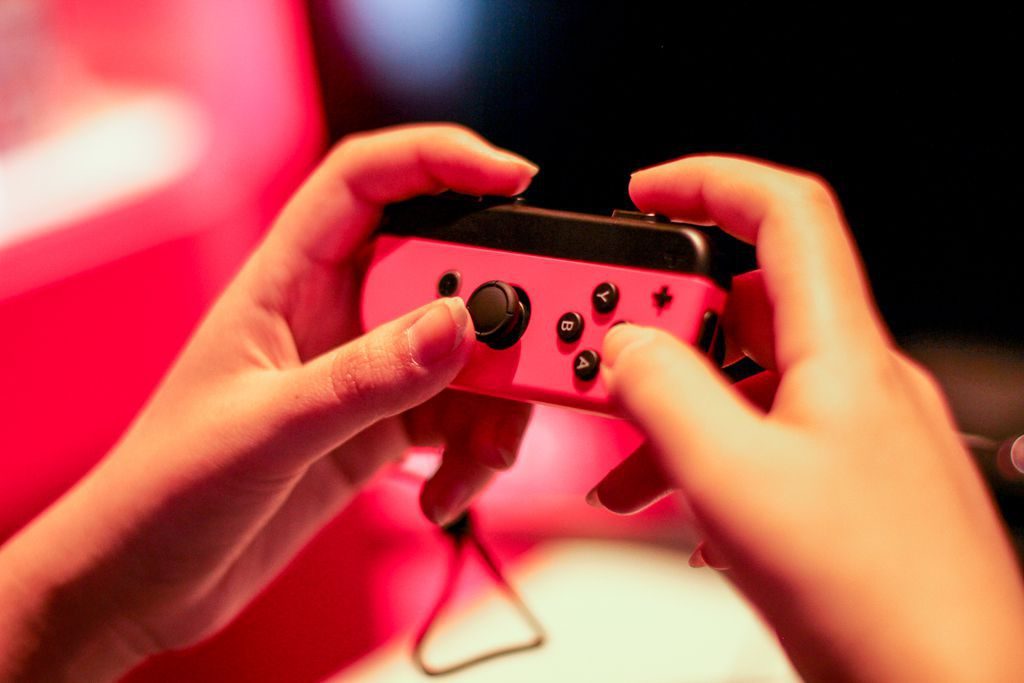 It is not in the exact order in the video, but due to the fact that this feature is connected to the previous one, I have decided to change the priority and talk about it now. So, we all lose our stuff every day and spend some time searching desperately for them. In an example, I always have to search for my keys before going out or for my smartphone and it sometimes happens with Joy-Cons, right?

Well, unlike my keys, the controller has an integrated option build into the Nintendo Switch, which enables you to find it in less than a minute. How does it work? Well, it is really easy and everyone can do it…

If you happen to be in search for it just head to the settings menu of the Nintendo and go to the section dedicated for the pairing. There you will find the “Find Controllers” option and you would go for it. By pressing it you will be re-directed to another window, which will open up a list of all Joy-Cons that you’ve paired up to the Switch. 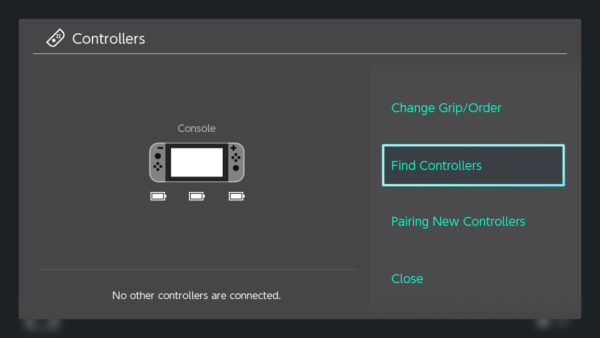 There you should find the controller you’re in search for and it will start vibrating loudly. Not so loud, but just right enough so you hear or feel it. The bad thing is that you’ve got to be somehow close to the location you think your Joy-Con is, as the system is still working on Bluetooth, not GPS, so bare it in mind! 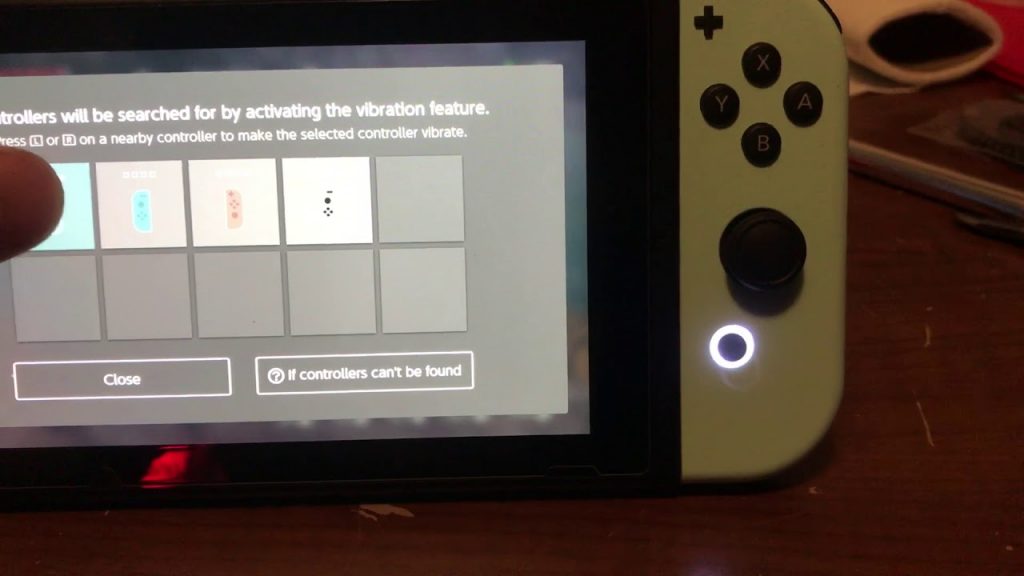 I definitely can not say that this is one of the most helpful things you will find on this article, but it is a fun-fact so I’ve decided to add it up here.

If you are a Nintendo Switch user you most likely know the log screen (no chance you do not). On this screen whatever button you press you will hear a “click” sound, which lets you know that the screen is inoperative currently. However, there is something interesting about all those sounds coming out from the device.

There are some buttons that make different noise from others, and I bet that a bigger percentage of you have not paid even attention to this feature. The sounds they produce are like coming out of a cartoon movie, when some character is doing some silly action, that’s what it reminds me of! I enjoy this little easter egg and I think it is a fun way to indicate users that they are doing a mistake at the current moment, so props to Nintendo.

I can not understand why does the console have to ask you every time to pick up a player, no matter that most of the time you will happen to play alone…  to me it is not such a big problem, but there are really people with short temper who will easily get irritated by such a thing that happens every time they try to load up a game. 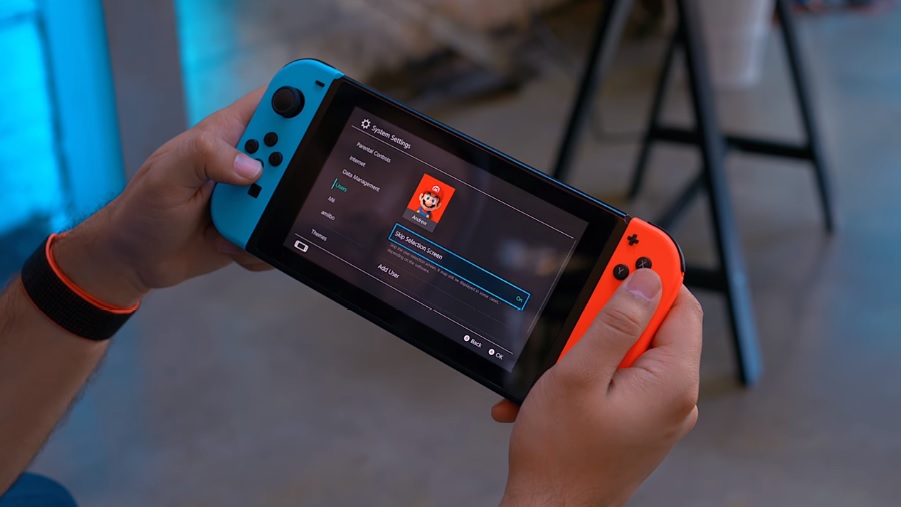 I understand them and I have actually a really simple solution. If you would like to remove this feature then you should go to the “user page” and then choose the “skip user select”. Sometimes the simplest things are the perfect solutions to the most sophisticated problems! Choosing this option will never have to ask you to pick a player when u are playing again, so you are good to go and game freely!

To close this interesting article I will tell you that, most surely, you have been constantly sleeping on one of the most useful features when it comes to gaming track. You can actually check how much hours you or your friend have spent on a certain game, which is something that we already know from Steam.

To check this info, you should go to your “profile page”, which is located on the upper left corner, click on the profile you would like to check on and initially after that you should get a clear view of what you’ve been playing and how much you spend on it. As I have said, you can do it with your friends and it happens in the same way.

I don’t know whether most of you will find it useful, but I personally think that you should have a clear idea of how much time you’ve wasted on a single player game, or how much time it took you to become so good at a certain game. It all depends on how you handle with critics and real facts, so brace yourself before checking and finding out that you have spend 500hours on the most boring game, instead of doing something really important with your life.