With the start of the sports aimed PowerBeats series back in 2010, we haven’t seen a product that isn’t performing at the best quality possible, and that’s sure the case with the new generation of Beats PowerBeats 3. It is an earbud type of headphones, that is engineered and created to suit people, who tend to wear them during exercises and intensive practices. They are perfect in terms of audio delivery, fit, battery life and build quality.

Don’t forget that they are wireless, so that may affect the performance quality at times but it surely is not a con. If the money’s not a factor to you, I strongly suggest the PowerBeats 3 for every activity or just everyday usage. They last good 10-13 hours of playback time, and due to the “Fast Fuel” technology, that charges them up to 1 hour of playtime for less than 5 minutes but I’ll explain how it goes later. 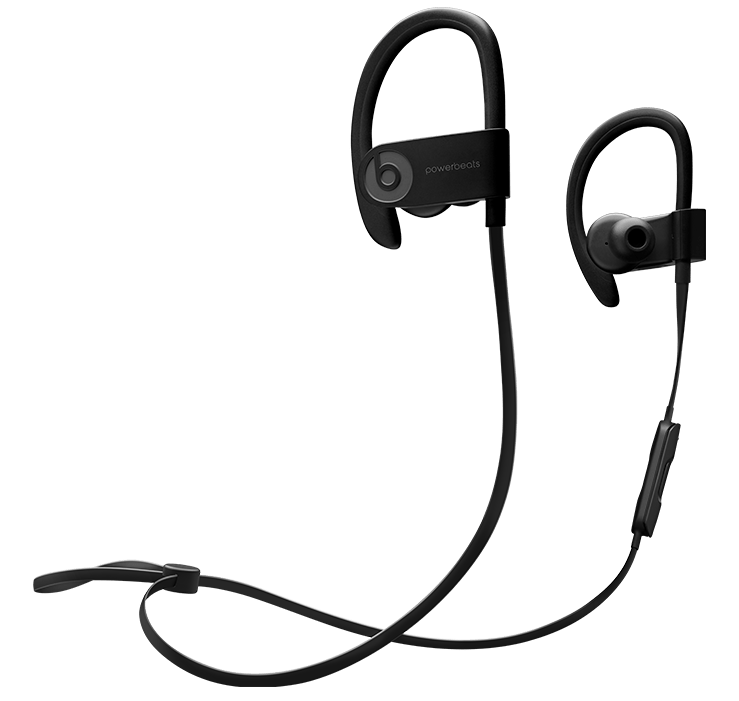 You will hardly find a thing that won’t appeal to you, aside from the price tag.The delivery, support, and performance are assured, due to the fact that Beats By Dr.Dre is a company that’s well-known for its perfection and effort that had been put in the creation, so it’s almost impossible for them to create a product that won’t appeal to the mass and will create dissatisfaction. That’s because Dr.Dre himself is a perfectionist and will not release any product that is not ready to shoot for the first place on the charts.

Beats PowerBeats 3 have a similar to the PowerBeats 2 design. They are wireless and really light, with perfect ear hook setup, that directly molds to your ear by your own preference and adjusting. It is hard for them to happen to fall off during running, jumping or any type of movement. Protection is limited to splash, sweat and moist resistance, which means that you still won’t be able to use them for swimming but I guess that we’ll be blessed to see this happen in near future, too!

Color schemes offer a variety of 6 options –  Black, Trophy Gold, White, Flash Blue, Siren Red, Shock Yellow, all of which feature the same materials, just different colors. The hooks that attach to your ear are flexible, so you can mold them and fit them according to your preference. They feature the iconic “B” logo on each one, and the sides totally look like the previous PowerBeat 2s. 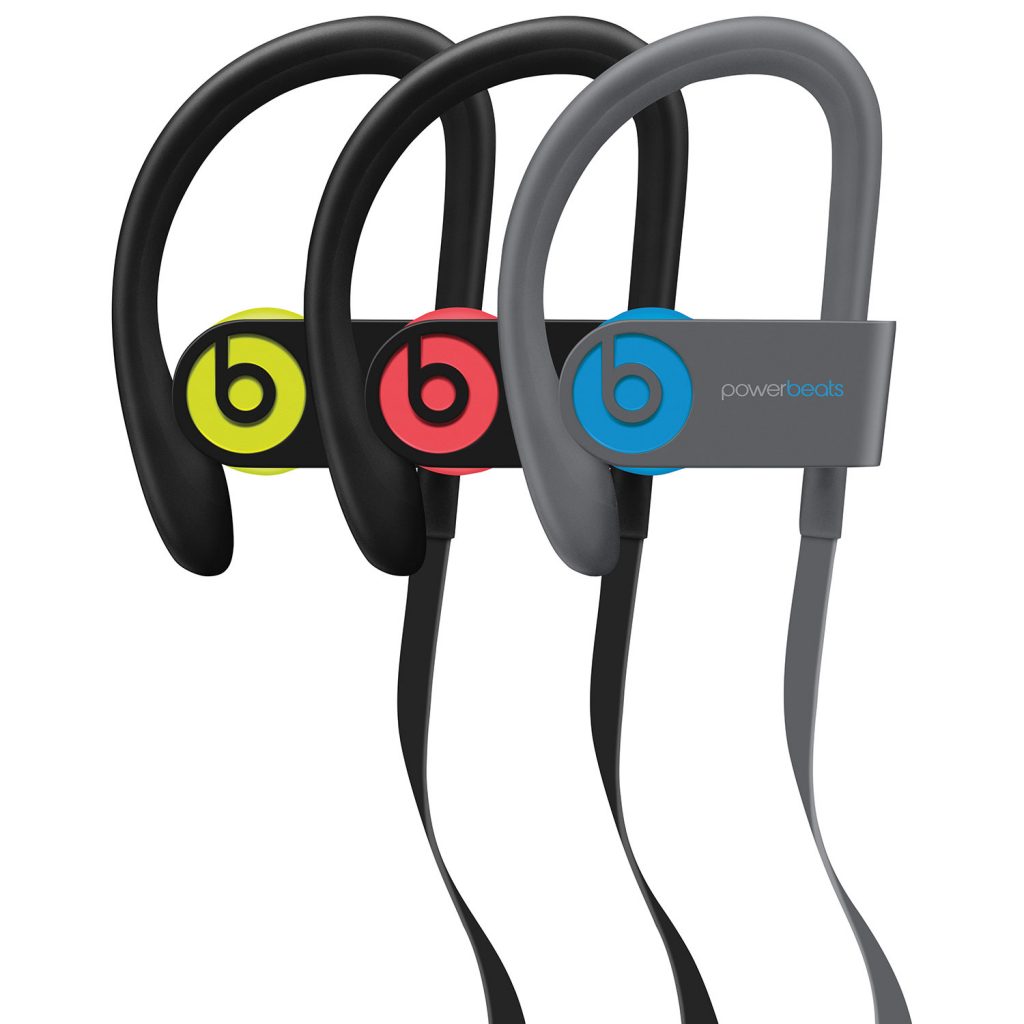 The biggest problem with these that I find, is that the ear hooks are not removable, nor replaceable, so if something bad happens to them, you won’t be able to fix it on your own and have to search for a new pair of headphones. On the left hook you’ll find a power button, with a small LED light next to it that indicates when the Beats are powered on, and underneath is where the USB charging port is placed. You also get the familiar control system, that is running down the cord and has volume adjusting buttons, as well as using it as a phone call answer button.

Taking the price tag under consideration and the branding, of course, the wireless PowerBeat 3’s are offering a fair performance. I say fair because I think that for $160 you deserve something more extravagant from an earbud type of headset. Yes, they are created for sport and can’t be top-notch sound quality but they could’ve been cheaper. However, I don’t say that the performance is bad, the case is definitely not that. 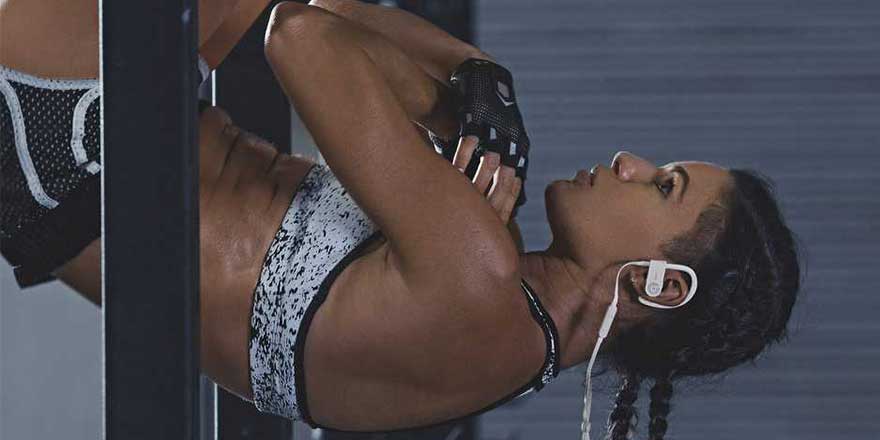 Beats and Apple are changing the way you listen to music with the introduction of Apple W1 technology in PowerBeats 3 Wireless. Incorporating the incredible W1 chip brings seamless setup and switching for your Apple devices, amazing battery life, and 5-minute Fast Fuel charging.Pairing with your device, happens via Class 1 Bluetooth technology for wireless listening, with unneeded wires to hold you back. It is easy to set-up – you just start them up and your iPhone (or other phones as well) initially recognizes them and asks for pairing.

Once you are done with the pairing setup, you will see a small window that indicates the battery left on the PowerBeats. This W1 chip is not easy only for setup but increases the performance as well as the purity of instrumental/vocal sounds. Bass and treble are at a fair level, with no distortion or anything like that – they work, sound and perform more than expected from a wireless earbud. 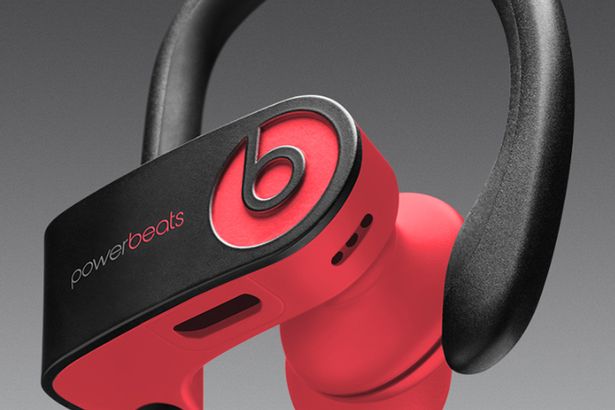 The overall battery life supported is 12 hours, which is outstanding for a wireless headphone that is this big at the same time. Items included with the purchase are Powerbeats3 wireless earphones, ear tips with four size options, carrying case, universal USB charging cable (USB-A to USB Micro-B), quick start guide, and a warranty card.

The carrying case is different from the ones we’ve seen from Beats By Dre until now. It’s not fully closed and it’s made of smooth and flexible, rubber material that ensures that they won’t get harmed during any type of transport. A big sticker of the iconic “B” logo also hides somewhere in the product box. I’d love if the highly anticipated DETOX album, by Dr.Dre, comes hand by hand with the next PowerBeats 4’s!