The most famous and one of the best consoles, PlayStation 4 by Sony, is getting another limited version of a famous game – the Monster Hunter World. It looks amazingly dope and is actually one of the best designs/skins that I’ve seen so far. Fans of the game will fall in love with it from first sight and it is actually not that expensive.

It started selling a few days ago, so if you happen to like it, then you can purchase it online or ask your local provider to supply you with one if he’s able to find it. With the help of Kevin Kenson, we’ll be gladly able to see the product from all angles, so special thanks to him. You can visit his great channel for more videos on similar topics.

This limited edition skin, as I’ve already said above, is one of the best ones that I’ve seen for PS4 so far. It screams “gaming” from first sight and to the die-hard fans of the game it will apply most! It comes in a big box, that looks dope too, with another box inside for further protection while shipping. 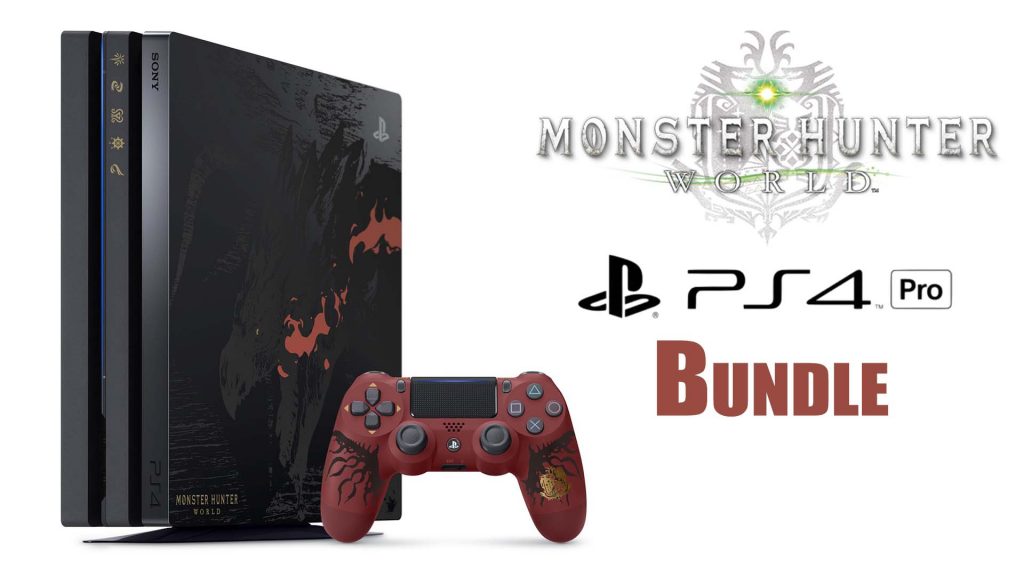 To start off, the controller has a muddy red colorway with tribal pieces of art on each “handle”. The guild logo is also there in a gold color, standing out pretty well and making the total look of the joystick awesome. Pretty much all logos on the controller are gold-painted.

Moving to the console, it is all black with a grey/red dragon-like creature on the front that makes it stand out pretty well. It has all the looks that a gaming console needs. Also, symbolism of the Monster Hunter World game can be found all around the beautiful design. Some gold-painted, again, symbols are located on the middle-front lid of the console, that are portraying the five fleets from the game. 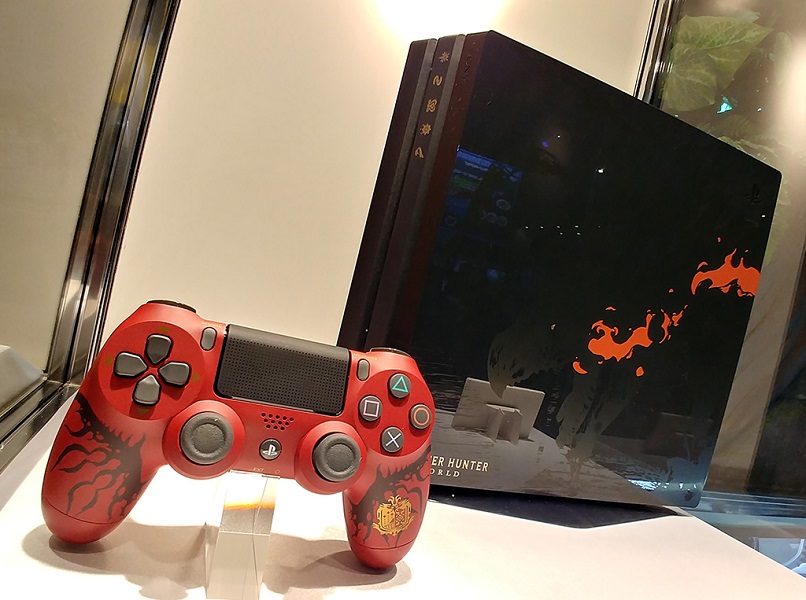 The glass and non-glass materials used for the whole build are great and they make a great contrast with the big dragon in front. In my opinion, which differs from this of Kevin Kenson, this combination of glass and non-such is better than just putting a texture, because it will last more and grabs your attention better than just a plain printer picture. I haven’t seen such a design until now and I have to admit that I personally would love to get my hands on a version like this.