It has been a long time since the first wireless mouse popped out and it kind of had a positive outcome and here we are in the year 2018 when we can choose from a variety of gaming peripherals. No one expected that such a variety will ever be possible, talking about 10 years ago. Out there in the stores now you can see some crazy gaming mouses, that have all the features you’d fall for…

A few months ago Corsair released their top-end gaming mouse – the Dark Core RGB RE. It is a bit pricey product, but it is a really tough rival and I am sure that it will be a good competitor to devices from Razer, Alienware, and others. The mouse is worth ~$109 and has some crazy specs, that any gamer would love. It is surely worth every single dollar and could be used not only by gamers but by people who spend a lot of time on their desktop PC because it has numerous helpful features that I will explain you about below.

Does it look good?

Not only does it look good, but it serves and feels good, too! The mouse has a rubber-like covering on the spot where you place your palm, and Corsair claims that it has been influenced by sports equipment, or to be more accurate – handles of a golf club. In the middle of the palm-rest is the Corsair logo, which is actually the only advertising on the whole product.

On the sides, you can find the thumb grips, which are customizable and you can choose from 3 presets that come with the boxing. Also, there are a lot of additional buttons that could be customized as well, according to your preference. You can use a preset for Windows operations when you are out of a game, and when you are in-game you can set up presets for any game separately! 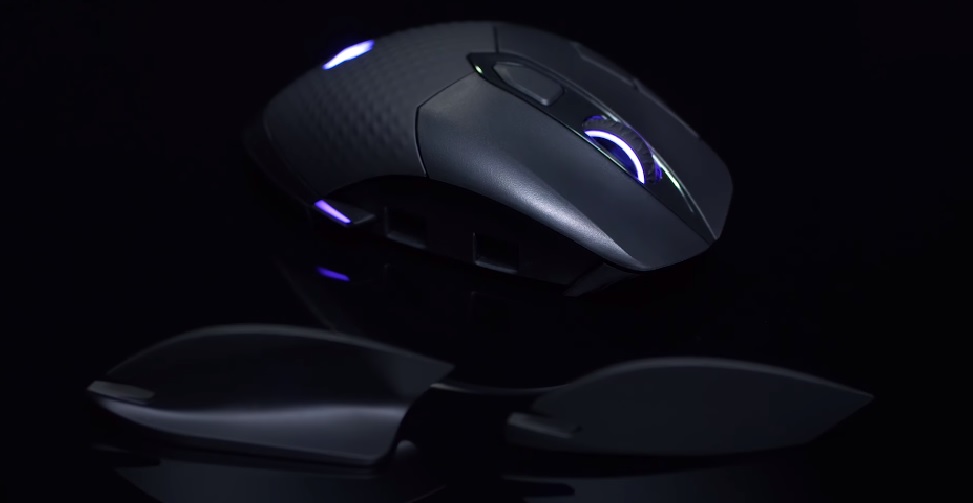 You can make great use of the two mouse buttons, DPI and profile buttons, that enable you to scroll through different changes/presets, without the need of opening up the Driver app. Another key feature of a gaming mouse is that it should be highly attractive and it should have all those RGB lights, that scream “GAMER” from kilometers! The Corsair Dark Core RGB SE has it all, and if you are ready to invest $109 into a gaming mouse, then I assure you that you will never feel as if you’ve made a wrong decision, believe me!

As it is very obvious, the mouse has been specially created for gaming, which means that the manufacturer will do his best to make it an animal. This is what Corsair tried to do, and I can perfectly say that they did their job flawlessly and I look forward to seeing other such projects by them.

The Corsair Dark Core RGB SE has 16.000DPI sensitivity and 1,000Hz rate that’s being transferred along a 1ms 2.4GHz wireless technology. If you are not speaking the “gamer” language, then I should translate you the previous sentence – the mouse has an incredibly good accuracy, speed, and responsiveness.

All the things above, combined with the design, make the Corsair Dark Core RGB SE the ultimate bargain for a gaming mouse, that only is worth $109. If you are a vlogger, video editor, gamer, work at the office or whatever, and you are having pain in the wrist because of the last mouse you used, then go ahead and order this Dark Core directly through the manufacturer’s website!

Last not least, is the thing which impressed me the most and even left me jaw-dropped. It is a fact that the mouse could survive around 24 hours before needing a charge, with all of their features and lights turned on. Twenty four hours is not that much when you consider that you play for around 5 hours a day, which means that you would have to charge the mouse every 2-3 days. The best thing is not that it could endure 24 hours, but that it can be wirelessly charged on the spot when you are away from the keyboard. In this case, the mouse pad works like a charging dock and there is an indication where you’d have to put the Corsair Dark Core RGB SE in order to set it for a charge-up. 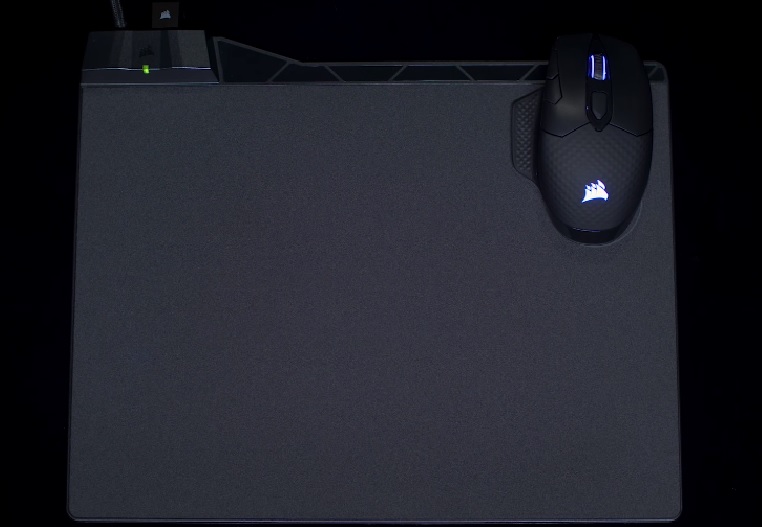 Unfortunately, if you are using the normal version you would not be able to make use out of the wireless charging mouse pad, because you can do this only on the Premium Dark Core RGB SE version. However, it is not that important and you will be left pleased enough with the rest of the features x design collaborations.