I am not saying it for the first time and I strongly believe it that the tendency nowadays is not to make a device to last a long time, but rather make it more fragile so that we are obliged to change the parts or get a new device annually. I am not a big fan of this idea because this way you’re losing money for nothing, so I think that we should go back in the days when phones were really made to last!

However, I love and admire those companies that are actually trying to fit all the smart features into a device and make it indestructible, which is the first priority of the well-known company CAT. They’re making an indestructible product for almost anything and in the last 5-6 years, they are really keen on making beast smartphones!

This is what the purpose of the CAT S41 smartphone is, to let you have some bad time breaking it. Some people complain about the design still, not understanding the real purpose of the device and how strong it is. I even love the design and can’t find anything bad about the smartphone, so if you are a fan of such products you’ll most definitely love it.

Specs of the smartphone

It may surprise you, but this beast has some pretty good numbers when it comes to specs. It has 32GB of internal memory, and 3GB of RAM, with the ability to expand the memory one with a card up to 256GB, which will cost you some additional numbers.

Also, it has an octa-core processor Helio P20 that is capable to run and power major apps and you will never have a problem with the device in terms of hardware and software. It runs on Android 7.0 and has all the modern apps on it… until a couple of years such phones were made with hardware similar to a 2005 Nokia, so it’s a huge step in my opinion! 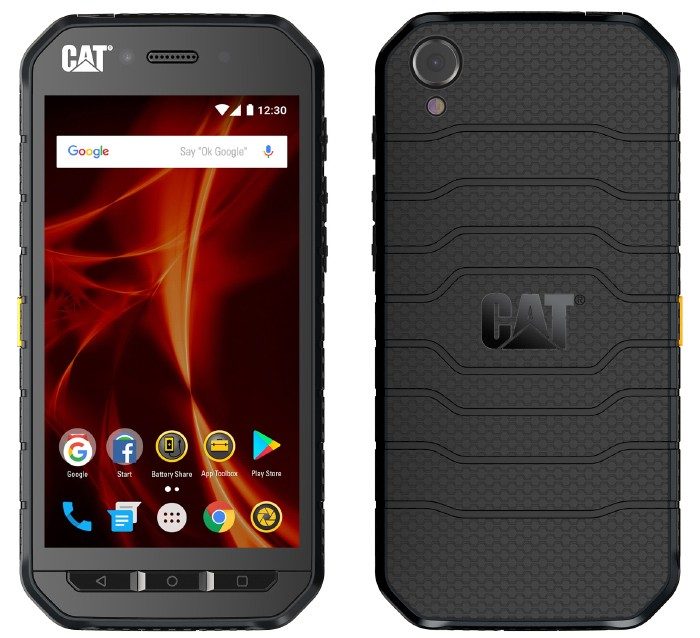 The total weight of the device is 218g., which is awesome when you consider how much materials they’ve used to build up this muscular body, that will save it from the hardest falls, but I will get into that in a couple of more rows. With this S41 you can take crisp and pure photos with the 13 MP camera and videos up to 1080p., or make some cool selfies with the front 8MP one!

It has a battery of 5,000mAh, so you will be able to use it for a couple of days before the need for another charging. If you browse the net through Wi-Fi it will still last you some solid time, and if you get yourself a portable battery bank, then you will have a full week of smartphone power! I really like the idea behind the phone and admire how well it was engineered! 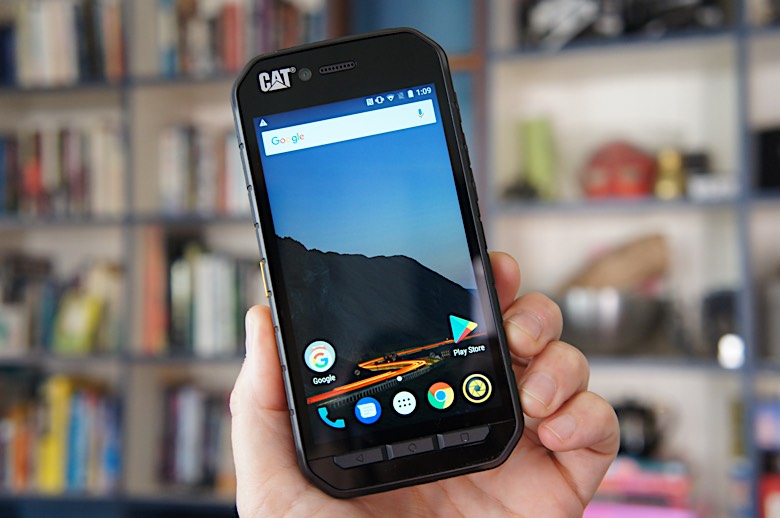 How durable is it?

As you can imagine, it is really durable… no matter where you throw it, you’ll be able to get it out unharmed and for $500 you are getting a smartphone that will last you more than your car for sure. It is durable against scratches, burns, falls, water, and even SALT water, which is something that I have not seen in a smartphone.

CAT managed to make the device incredibly strong and able to withstand even a tornado. Its full body is made out of plastic + rubber, and the material is very hard to scratch, peel, or destruct as a whole. From the buttons to the back, sides, ports, and everything have been fully isolated. 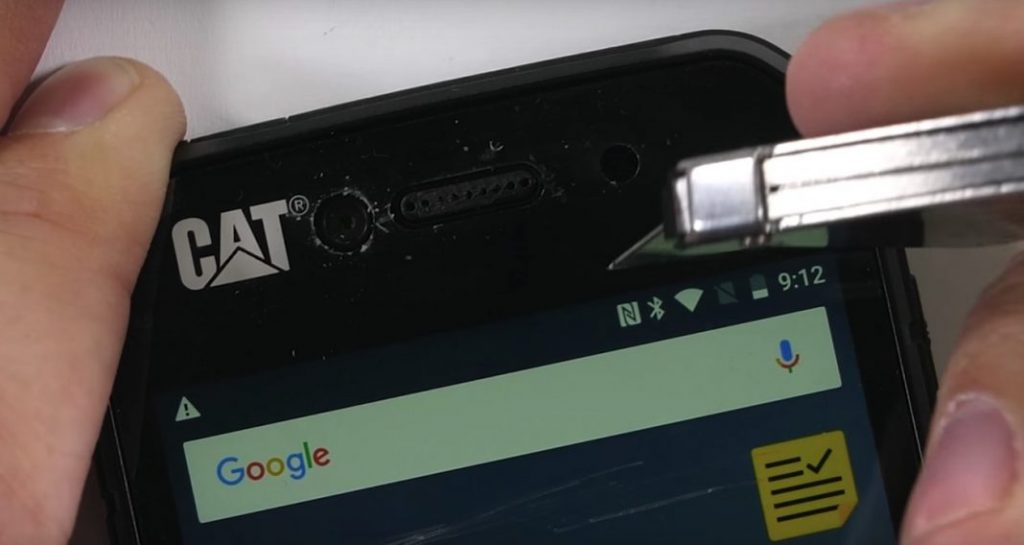 Well, almost everything, except the lens of the main camera and the LED flash, which is close to a major downfall for me. The company decided to use plastic for the lens and for the flash, which is both okay and not-okay. It is good because plastic is way more shatterproof than glass, but it also scratches easier… when the guy in the video, Jerry, decided to try it out, it seems that it has scratched easier than any other aspect of the whole phone.

This is nothing when you compare it to the fact that the phone can endure up to 2 meters diving in salt water for a lot of time because they covered all the metal of the phone with rubber and there are no weak-spots left for salt to do its thing. Even the glass on the front is made of superb quality. The 5″ display is covered by somewhat of a cover that helps with keeping it away from scratches, but also from burns.

When Jerry decided to put a lighter two millimeters away from the screen, it seemed that it won’t affect it at all. However, after 15 seconds, the first layer of the protection started melting, but this is a quarter of a minute. In most cases, if your phone has been exposed to heat, it will not stay on the hot spot for more than 15 seconds, so I can say with both hands down that the phone did ideally with all the tests it was faced up to!