Did you manage to get your hands on the red version of the iPhone 8? If you did not manage to do or if you are mad that there is such skin for the iPhone 8 only, then you can save up some money by getting the amazing alternative for you iPhone X.

A company that is famous for the incredible cases it makes decided to make a version similar to the massively appreciated and loved iPhone 8, that could work for the iPhone X as well! It costs only $10 and feels superb, coming at a quality higher than the price states. It is an awesome way to keep your smartphone clean, change its look, and most importantly – protect it from scratches, bruises, and scars from falls.

Most people prefer to use their devices without any kind of protection so that they keep the clean aesthetics of the phone, but what if they just choose a case that looks and works perfectly at the same time? This red sleek version of the iPhone is exactly a combination of those two factors, and comes at a very reasonable price so that the majority of people would be able to afford it!

How does it feel & look?

Having to be honest, I will say that this company did their job perfectly again! They are famous for the cases they make for different devices, and with each one, they do it perfectly! They are constantly making protective cases for trendy smartphones, as well as massively used ones. 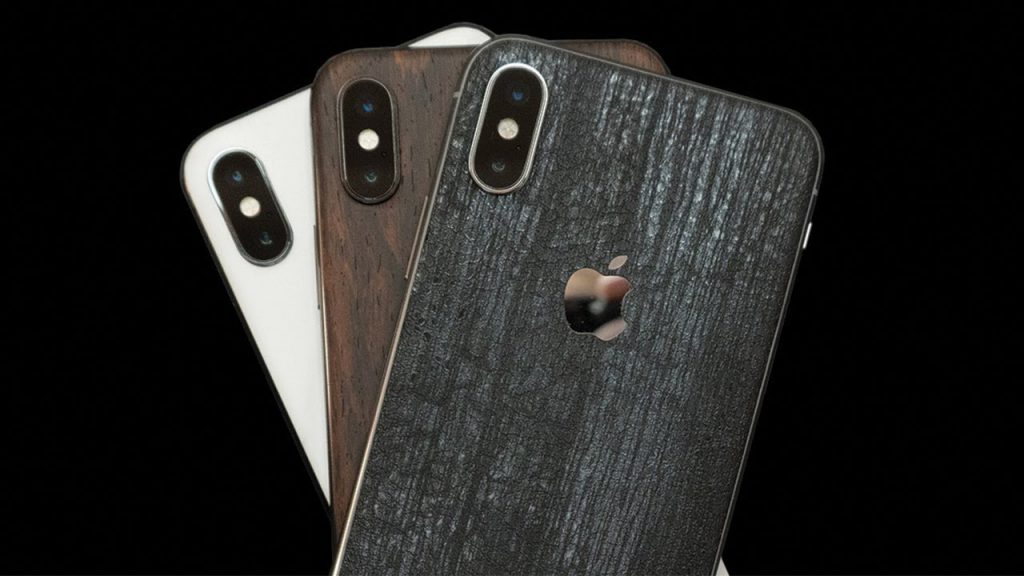 Not just for smartphones, but they make one of the best cases and customizations for gaming controllers, so I can say that they have pretty good knowledge at how to make the best looking protection for your device. The company is “dbrand” and they’ve proven their skills thousand times! Most recently they made an incredibly good customization feature for the Joy-Con controllers for the Nintendo Switch.

As far as it comes to this particular case, the feeling that it brings is really close to the original iPhone 8 RED edition. Not only did they made it close to it, but I can say that they in some sort of a way they went further! Most cases for the iPhone X are high-priced, especially the ones that are originally coming from the manufacturer, and it is a good strategy form Apple to take your money, as they understand how important it is for people to protect their high-priced items. 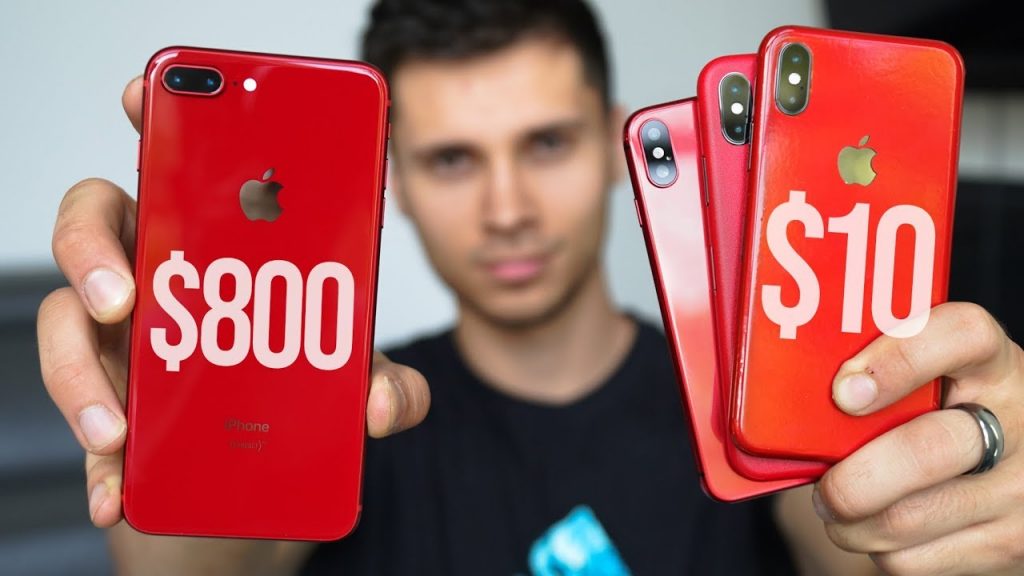 What I mean by saying that they did better, is that they decided not to make it shiny, but with some kind of a matte feeling, which I think is way better. When you are really into the idea of protecting your device, you wouldn’t like to put a slippery texture as a protective cover, right? Also, not only that the one with matte finish does not slip, but it does not attract fingerprints as well, meaning that it will keep your device sleek and non-stained by sweaty fingers at all times! 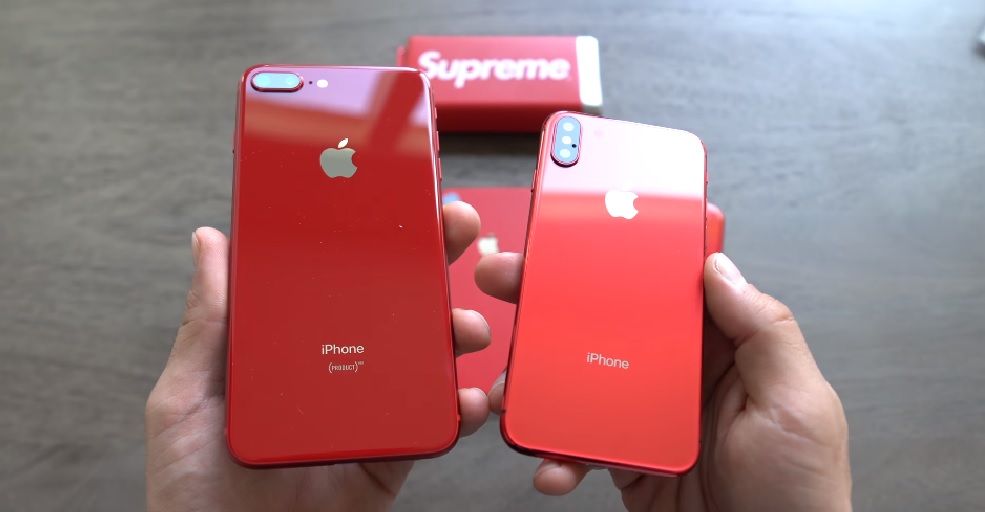 Is it good when it comes to actual protection?

Totally. It is not one of those cases that only looks good, but it does its job to protect your device constantly. Of course, it won’t save your device if it falls from 2-3 meters, but it will be good enough to protect it from scratches and scuffs. The best way to keep your device at best health is to care for it and be really careful where you put it when walking, running and etc.

The tricky part about the model from “Colorware” that the guy is talking about in the video, is that it comes as a cut-out in a bunch of different shades of red. It is up to you which one you’ll choose, as it is up to you how it will look because you will be the one who’s going to install it. That’s why you have to be really careful not to mess the whole look of the case and the phone. If you feel unsure about the procedure, you should better ask a professional or take it to the phone-repair store. 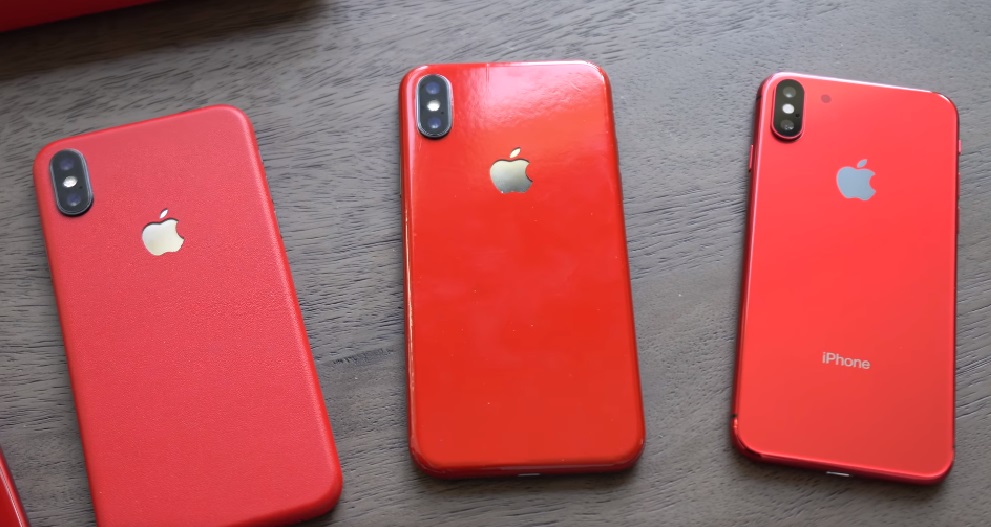 Of course, by saying that it is a cut-out this doesn’t mean that you’ll have to make the access to buttons by yourself. It has already been done perfectly with the help of a machine, so expect it to come in a perfect quality. In the end, if something is messed up and it does not look good, search for the mistake in you. I assure you that “dbrand” is perfectly good at what they’re doing and I have never heard of a negative feedback against them so if I were you, I’d go ahead and choose them!