Home
Blog
iPhone 8 Plus – Power In A Familiar Body

With the release of the iPhone 8 Plus, which was not long ago, we’re witnessing a thing that’s fairly common to Apple. What I am talking about is the powerful hardware, that’s packed in a familiar to the audience design, which is not that much different to the iPhone 8.From a distance, both iPhones look pretty similar. Both have a reworked mixed-material design, featuring a custom glass back and front and aluminum sides. 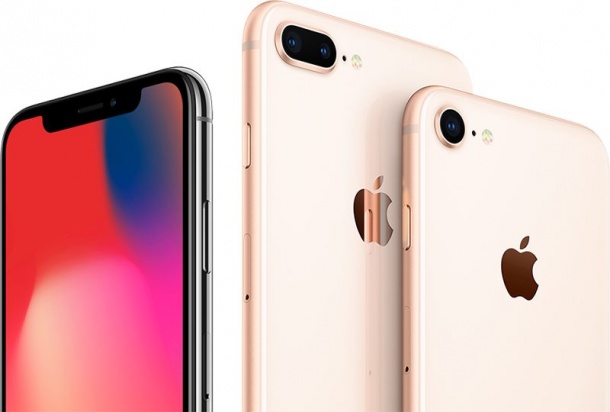 Some people may dislike the move to glass, fearing the ever-present threat of cracking that an accidental drop poses, but Apple claims that the iPhone 8 and iPhone 8 Plus coverage is the most durable glass in the present smartphones on the market, backed up by the use of a special laser-welded steel-and-copper re-established structure.
Contrary to the iPhone X, which has a close to a bezel-less button-free design, both iPhone 8s have a physical home button and fingerprint scanner. What’s the worst thing, is that they again don’t feature a 3.5mm headphone jack, which will remain a disadvantage for people who love listening to music on their smartphones.

The design that Apple uses for their iPhone series is familiar and one of the best, ever since the very start of the series. The iPhone 8 Plus has looks, that are identical to its ancestor, the iPhone 7 Plus, but it does kind of feel different, because of the transition to a glossy glass back, that adds to the overall beautiful and sophisticated, classy looks!There’s no fingerprint sensor on the back of the phone, but you could use the physical home button just beneath the screen as such. Apple’s body case, this time uses stronger aluminum body parts, steel reinforcement inside and metal highlights around the camera lens.

What’s the biggest difference to the iPhone 8 is the size, as the iPhone 8+ has a 5.5″ display, while the iPhone 8 has a 4.7″ one. The difference of almost 1 inch is not just in terms of visual presentation, but performance one as well.Movies and games played on a screen this big, feel more natural and nicer than ever.

However, the new all-glass backlit highly attracts fingerprints, which may make it slippery at times, so you have to clean it more often. Adding a protective case to this model is not only advisable but essential if you want to reduce the slipperiness and you’ll reduce the chance of it getting broken. The iPhone is also protected from both dust and water but only lasts 30 minutes underwater at no more than 1meter depth. This water-resistant feature is why the phone lacks the very needed 3.5mm audio jack. 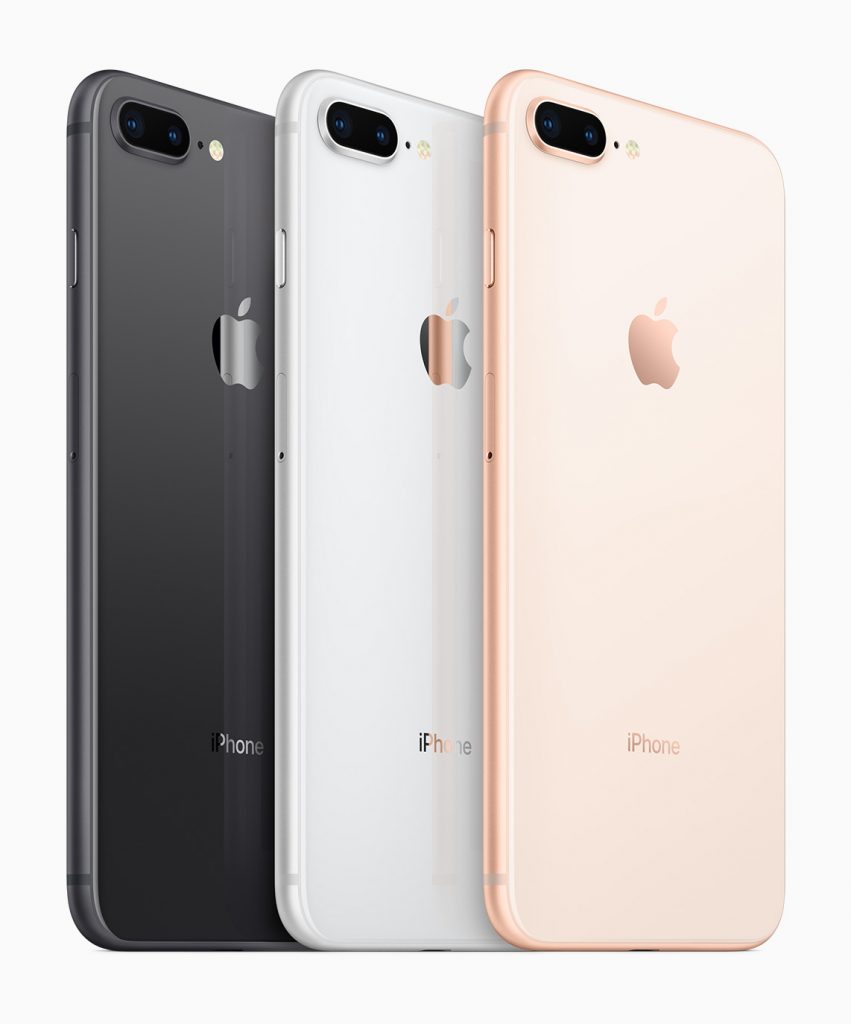 In terms of performance, the battery life is a key feature that’s been improved in the iPhone 8+. No other iPhone until now, was able to last ~48 hours of casual daily usage. Unlike last’s year iPhone 7 that had such a short battery life, this one is highly improved and that shows that Apple learns from their mistakes, and always do their best to provide users with the maximum level of performance!

Another big feature of this iPhone is the ability to charge it wirelessly, by just putting it on a charging dock. It takes more time to charge, but I have to mention that one of the barriers between iPhones and other smartphones has been removed. What I’m trying to say, is that you could use even a Samsung wireless charging dock if you happen to lose your USB charging cable. I’d love to see in future the Bluetooth to undergo the same changes.

The processor inside is a Hexa-core (2x Monsoon + 4x Mistral), with the already known highly capable Apple A11 Bionic chipset. It quickly opens up apps, faster than ever before on an iPhone device, and is perfect for using multiple apps at once. Three-core graphics are also assured by the Apple GPU, as well as lots of internal storage memory. The iPhone 8+ comes at 64GB and 256GB versions, both packing 3GB of RAM storage.The 8 Plus includes a new sensor and image signal processor to go with its new A11 Bionic chip, promising richer colors, better low-light shots and faster autofocus with the 12MP camera. Low-lights aren’t as dramatic as expected by most, compared to the already excellent iPhone 7 Plus in terms of this aspect.

However, the display hasn’t changed and remains a LED-backlit IPS LCD display, unlike the iPhone X that has the leading OLED display technology. This is one of the few aspects, that the iPhone as general lacks, and I don’t think that in 2017 an IPS display could bring brightness, that could be compared to the OLED/AMOLED displays. It has a resolution of 1080 x 1920 pixels, with an aspect ratio of 16:9 and multitouch capability.

Overall, I love the iPhone 8+ improvement in terms of battery life and body protection, but I don’t understand why they released it almost along with the iPhone X – it’s a company’s strategy that I’ll hardly understand any time soon. The price is also one of the things that I don’t like. I personally think that $800 is a bit too high for such an iPhone, and there’s definitely not a big percentage of people that will be able to afford it.

However, keep in mind that it’s an innovative and well-performing iPhone, that you won’t happen to experience any lag, but this will also happen in ~24monthsas it does with most top-notch smartphones, so you can upgrade to a new version, or in other words – you’ll be forced to upgrade so you can spend your money for an Apple product again, so think carefully before choosing what’s best for you and what’s affordable as well.