The security of smartphones has come a very long way. Now you can lock your phone not only with a pattern, PIN or password, but you can use other different and highly secured methods like iris scanners, facial recognition and one of the most unique of all – a fingerprint scanner.

Companies are constantly putting work into developing this method of unlocking and in 2017 we’ve seen plenty of incredible smartphone models that had different unique fingerprint scanners, but none of them could be compared to a device that we reviewed not long ago – the Vivo X20 Plus UD. That actually drives the idea of writing this article – to explain you further how it actually works, along with Marques Brownlee.

What is this “Vivo X20 Plus UD” smartphone?

The X20 Plus UD model is a great smartphone and its concept was shown at the CES 2018 event, which was held at the beginning of last month. The model looks similar to the Galaxy S8, I don’t know why, and has some unique abilities that even the top-end phone of 2017 does not include. 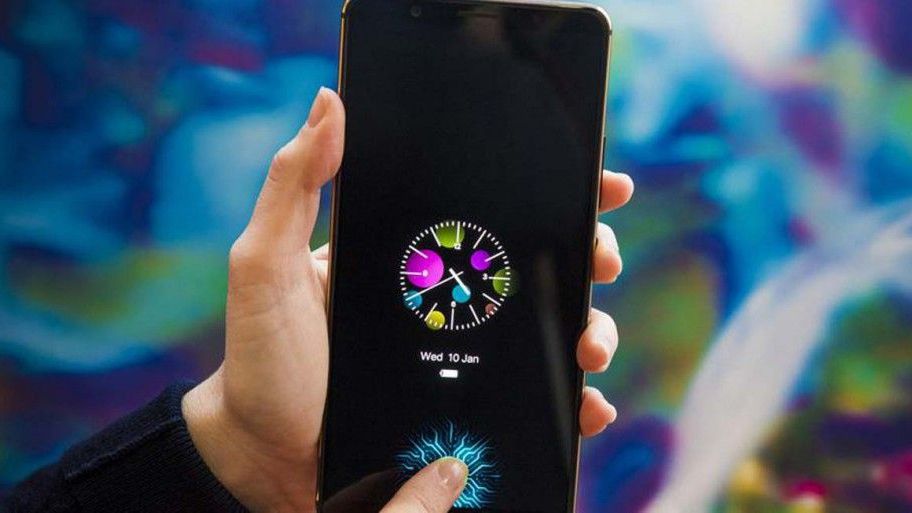 Apart from the design, this Vivo smartphone has other things to brag about. It has a 6.43-inch 2160 x 1080 18:9 OLED display with the already mentioned slim bezels on the top and bottom, dual 12-megapixel cameras, a Qualcomm Snapdragon 635 processor, and a 3,905mAh battery, which will be great for daily usage without the need of a charging cycle. It operates on Android and the price is not known still, as it is only available in China for now.

How does the inbuilt fingerprint sensor work?

Building a sensor into the screen was surely not an easy job at all, but VIVO managed to do it perfectly. The sensor is not getting into your eyesight and you’ll have to look really close and from a particular angle if you’d like to get a glance at it. As I’ve previously said – I expected one of the leading companies like Apple or Samsung to come up with this invention, instead of a not so popular one, like VIVO, so props to them! 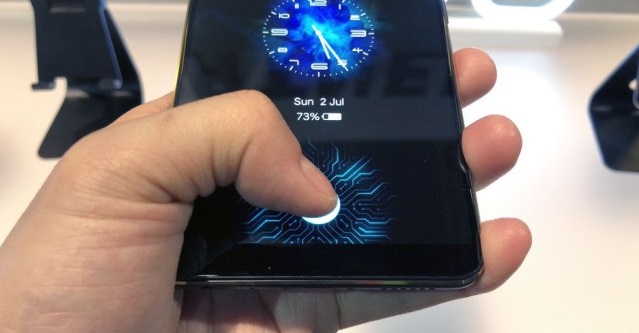 The ClearID technology that the company uses is featuring a so-called FS9500 sensor, that’s made by Synaptics. You understand that it has turned on when as soon as it shines in a blue light, which indicates that it is ready to read your fingerprint and therefore unlock your smartphone. The fact that it is an optical sensor, means that it could work only on OLED displays and there should be a provider of light so that your fingerprint reflects on the glass itself and the reading therefore happens.

As soon as you put your fingerprint on the blue highlighted spot, a shiny animation is performed that enlights your fingertip, which is key and crucial as far as the reading process is concerned! It takes literally only 1 second, which is pretty fast for a device that integrates this type of technology for the first time ever! I am sure that it will turn big and leading companies will integrate it as well in future, so we’ll see how it will evolve in time.